Gurdwara Road is the honorary name of a portion of Millwoods Road South and Millwoods Road East that connects two of the oldest gurdwaras, Sikh temples, in Edmonton. It is distinctively styled with 13 blue traffic signal posts in Punjabi marking the Sikh community’s heritage in Edmonton.

Sikhs began to arrive in Edmonton in the early 1960s as teachers, international students and in search of work in the province’s agricultural farms and oil industry. At that time, celebrations and weddings were held privately.  In the mid-1980s, two gurdwaras (Sikh temples), Gurdwara Millwoods and Sri Guru Singh Sabha, were built in Millwoods where the community had largely settled. Singh Sabha is Edmonton’s oldest Sikh temple. Originally founded in a church in west Edmonton in May 1977, it was relocated to Millwoods in 1986.  Millwoods Gurdwara was founded on November 5, 1982 and was originally called the Ramgarhia Gurusikh Society of Edmonton. It moved to its present location in April 1986.

Soon the two temples became the heart of the local Sikh community and in 1999 the Sikh Federation of Edmonton urged the City to rename the road connecting them as Gurdwara Road, Khalsa Road, or Gurdwara Boulevard. All agreed on the Gurdwara Road. Today Edmonton is home to 60,000 Sikhs. To mark the community’s heritage history and for convenience of newcomers, who might not be familiar with English, 13 traffic signals in Punjabi were installed on Gurdwara Road in 2010. 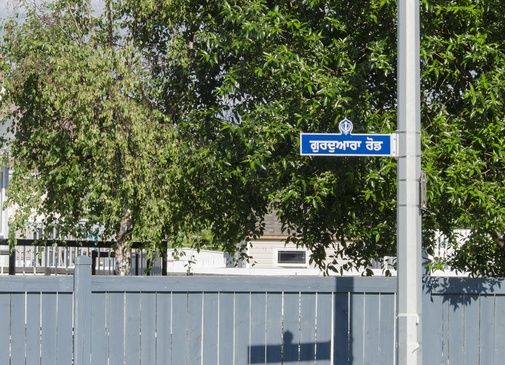 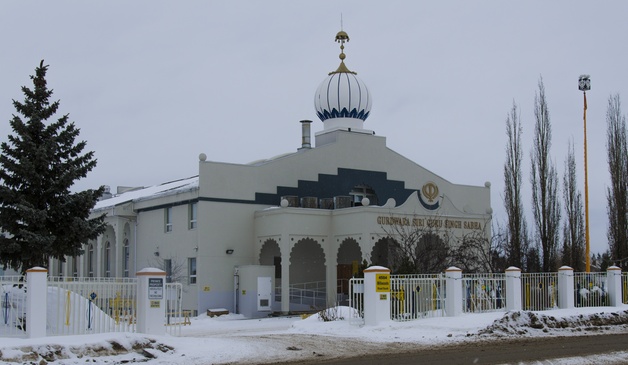 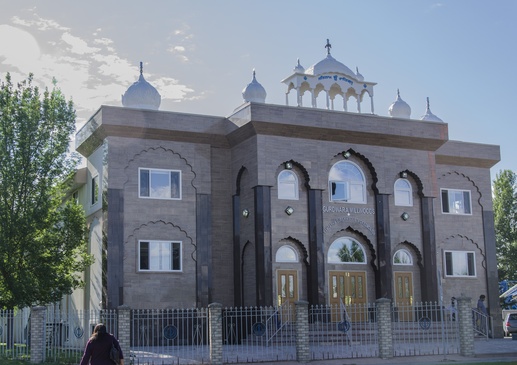