The South Asian community has long played an active role in the healthcare system in Edmonton.  Nowhere is this more evident than inside the state-of-the-art Mazankowski Heart Institute at the University of Alberta Hospital.

First, the atrium of the main entrance is named for Dr. Arvind Koshal, an esteemed heart surgeon who has advanced cardiology across Canada.  He was educated at Ravishankar University and then at the All India Institute of Medical Science, receiving 6 gold medals during his education. He continued his training at the University of Ottawa Heart Institute and the Harvard Medical Institute. Dr. Koshal was part of a team that performed the first artificial heart implant in Canada.

Today his name bears a fund at the University Hospital dedicated to the recruitment and education of physicians and the advancement of innovation in cardiac science.  For his contributions, Dr. Koshal was appointed Officer of the Order of Canada in 2008 and received the Queen’s Golden and Diamond Jubilee Medals.

On the 4th floor of ‘the Maz’ is a place of sunlight, quiet and contemplation.  The Guru Nanak Healing Garden is one of the South Asian community’s largest gifts to the city of Edmonton. Named after prophet Guru Nanak Dev Ji (1469-1539), the founding guru of the Sikh faith, the 4,000 square foot indoor garden space incorporates 5 elements to improve the healing process for patients: wood (which embodies growth), water (life), earth (sustainability), metal (strength) and fire (energy).

In 2003, while the Institute was just a vision, members of the Sikh community approached the hospital with a desire to name the garden after Guru Nanak.  Seeking to raise one million dollars, a volunteer committee of 10 individuals went across the city and other parts of the country to fundraise. They exceeded their original goal and raised $2.3 million over five years from over 2,000 donors. Fundraising events included telethons and radiothons, galas and even a play based on the life of Guru Nanak Dev Ji himself. The campaign was one of the largest for a faith-based initiative and the garden’s open-air environment with natural light has inspired other hospital foundations across the country to create similar environments.

Now, thanks to Edmonton’s South Asian community, patients have a permanent place of healing and hope at the Maz.

It is truly an oasis of healing and hope with it's open-air environment and natural light. Thank you for the background info Sam Singh!

Always a fresh and gorgeous place to visit,relax and forget your worries! 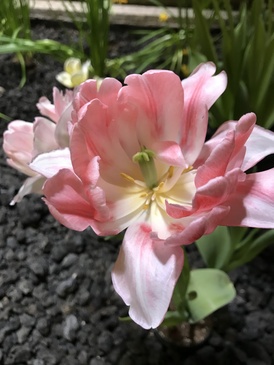 An amazing place when you are just out of surgery. It is quiet place for resting and thinking. 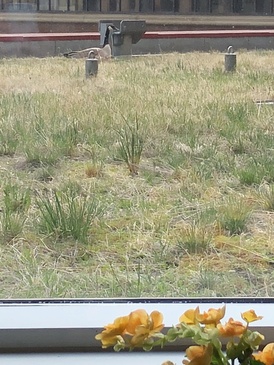 Please correct the heading found on your website http://www.edmontonmapsheritage.ca/location/guru-nanak-healing-garden-mazankowski/ that does not have the full and correct name of the Guru Nanak Dev Healing Garden. It is listed only as : Guru Nanak Healing Garden, Mazankowski Heart Institute You need to add Dev to the name Thank you

Please correct the heading found on your website http://www.edmontonmapsheritage.ca/location/guru-nanak-healing-garden-mazankowski/ that does not have the full and correct name of the Guru Nanak Dev Healing Garden. It is listed only as : Guru Nanak Healing Garden, Mazankowski Heart Institute You need to add Dev to the name In addition to the heading, please correct the name throughout the article. Thank you

what a beautiful concept this is. Guru Nanak himself so passionate about nature delivered message of love to all of humanity. He preached that all humans are created equal .

On my recent stay at the out patient residence I had a chance to visit the garden - the pictures do not do it justice. The serenity the calming feeling is undescribeable its beautiful.

Hello, I am writing in hopes of finding the appropriate person who handles marketing? If it makes sense to talk, let me know how your calendar looks. Steve Constable New Media Services is a digital marketing agency which specializes in online customer acquisition in local search for service-based businesses and also in e-commerce product sales with a national reach. Some of my past Fortune 500 clients include: IBM, Motorola, Microsoft Advertising and AT&T. I also work with medium sized businesses in local search. As an introduction to my services, I can prepare a FREE website analysis report for you at your request. Simply reply back with the url you want evaluated and the words “YES, send me the report” and expect to hear from me soon. I will analyze your website and report back to you my findings and create a custom tailored strategy to improve your website experience for your clients, which will ultimately result in more leads and sales for your business. In the meantime, I’d love to learn more about your business goals and see if I can help you in any way with my knowledge and experience of online marketing. Please take time to fill out this new client questionnaire here: https://www.steveconstable.com/client/ to start the process. Once you have filled out this form feel free to also reach out to me directly at https://www.steveconstable.com/calendar/ and we can schedule time for a online meeting. I look forward to hearing from you. Kind Regards, Steve Constable Lead Marketing Specialist SteveConstable.com Chicago, IL 60626

Hi, I do think your blog could possibly be having web browser compatibility problems. Whenever I look at your blog in Safari, it looks fine however, if opening in Internet Explorer, it has some overlapping issues. I just wanted to give you a quick heads up! Besides that, fantastic site! credit score free

obviously like your web-site but you need to test the spelling on several of your posts. A number of them are rife with spelling problems and I to find it very bothersome to tell the reality then again I will definitely come back again. credit rating scale

Hi there, all is going well here and ofcourse every one is sharing data, that's truly good, keep up writing. Check My Credit score

Thank you, I have just been searching for info approximately this topic for a long time and yours is the best I have discovered till now. But, what concerning the bottom line? Are you positive concerning the supply? payday loans near me https://cashadvanceopd.com

It's awesome in favor of me to have a website, which is good in favor of my experience. thanks admin viagra generic https://viagrasildenafilok.com/

Good info. Lucky me I came across your blog by accident (stumbleupon). I've book-marked it for later! dating sim http://onlinedatingdd.com/

Howdy! Quick question that's completely off topic. Do you know how to make your site mobile friendly? My web site looks weird when browsing from my iphone4. I'm trying to find a template or plugin that might be able to fix this problem. If you have any recommendations, please share. With thanks! shemale dating http://onlinedatingdd.com/

Very good article. I am dealing with some of these issues as well.. pof dating https://datingsitesww.com 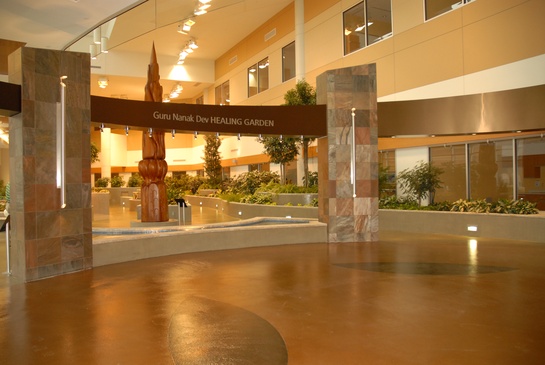 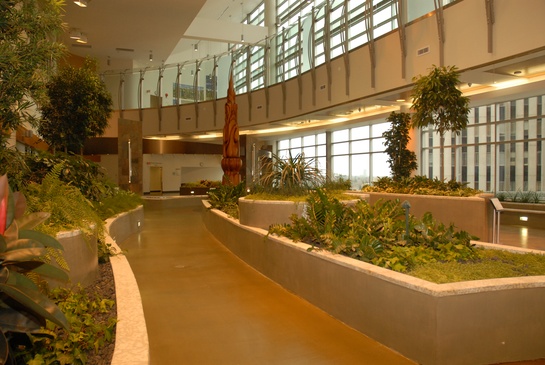 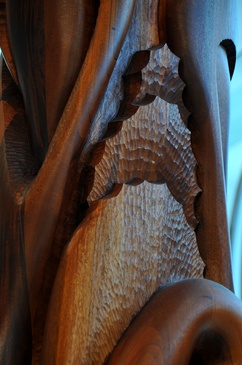 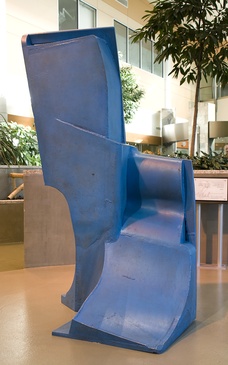 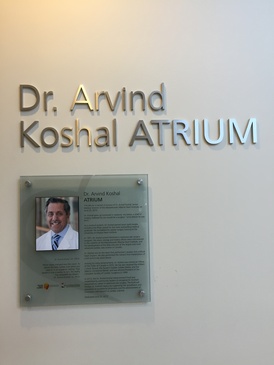