This stately edifice at 12140 103rd Street sports a classy finish of red brick and Bedford Stone in a collegiate Gothic style. In a community largely known for humble housing, the schools lofty ornamental spires, shaped parapets, battlements, and ornamental finials are an unexpected sight.

The school was built for a cost of $158,187 by the boards staff architect George E. Turner. The Edmonton Bulletin of January 1914 noted that it had 16 classrooms capable of holding 42 students apiece, for a total enrolment of 672. The first classes were held in May 1914. But the official opening wasnt until that September, when it was blessed by Bishop Gray, known as the Cowboy Parson after he spent his first six years in Canada - 1886 to 1892 - as a rancher near Calgary.

Loved my school but it used to spook me at night!

I went to this school for grade 7 and learned to square dance and play volley ball. Loved when we had Sock Hops. We had to walk up to the top of the school for music and I learned how to play a flute.

Do you remember the principals name?

Was a great school 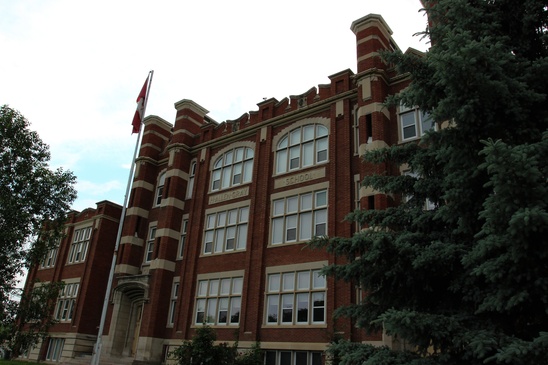 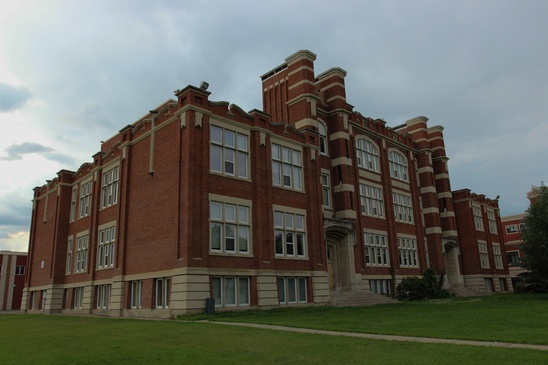