Icelandic-born John Johnson was the builder and owner of this handsome three-storey brick edifice.  He named it after Mount Hecla, Iceland’s Largest and most celebrated volcano.  Built in 1914 and designed by architects David Hardie and John Maitland, the Hecla Block has served exclusively as a residence over the decades.

Situated on a prominent corner location on the eastern edge of Edmonton’s historic downtown core, it represents the city’s first generation of apartment buildings, noted for not having ground-floor commercial space.  It was built for Edmonton’s blue-collar working class and served a growing demand for residential accommodation during the pre-World War I construction boom.

Original interior features included tile work in the foyer with the name Hecla inlaid, brass and glass vestibule doors, skylight, brass door plates, and common water closets and bathrooms.  These were all destroyed in a 1994 fire, but fortunately, the exterior remained intact.  The classic revival design called for a reinforced concrete foundation topped by brick walls and a wood frame structure supported by steel columns and beams.  The double facades are topped with a parapet inscribed with the name Hecla Block.  Details such as the red-textured brick, the buff stone trim in the flat arches over the windows, in quoins at the corners, in string courses above the second and third storeys, and in diamond shaped panels characterize the building, giving it architectural significance.

Fully restored in 2003, the Hecla Block continues to serve as a residence for condominium owners. 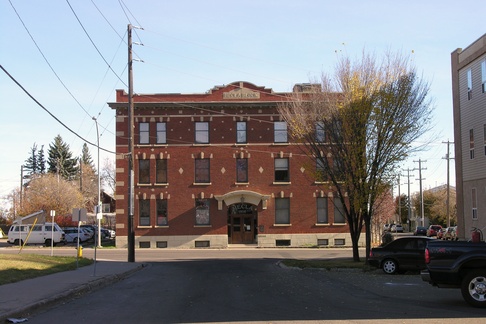 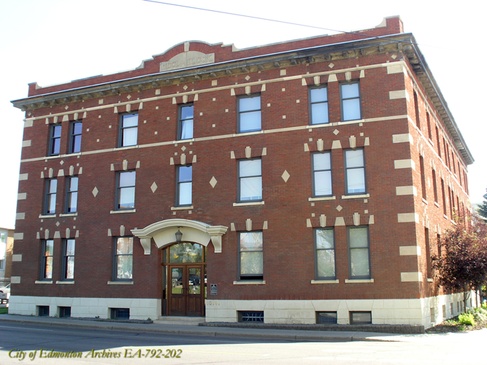 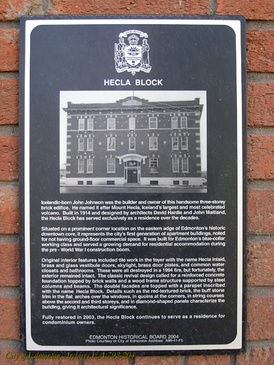