The story of Highlands Junior High School reaches back more than 100 years to the formation of the Edmonton Highlands School District No. 2292 in September 1910. The short-lived school district constructed a two-storey wood-frame building that autumn on property north of 115th Avenue and east of 62nd Street. When the new Highlands subdivision joined Edmonton in 1911, an agreement was struck to construct a new elementary school.

Edmonton School District building commissioner George E. Turner was the architect, basing the design largely on the plans he was drawing for the gracious and aesthetically pleasing King Edward School in Strathcona. Both schools exhibit elements of the Collegiate Gothic style, with crenellated parapets, a commanding central tower, oriel window over the main entry, and Tudor arches over many of the windows and doors. The first floor of the new brick and stone school was completed in early 1916, and classes for the 250 students began. It consisted of seven classrooms, a principal’s office, and a small auditorium and gymnasium space. 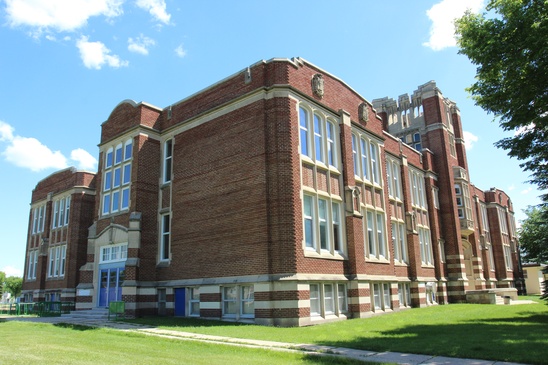 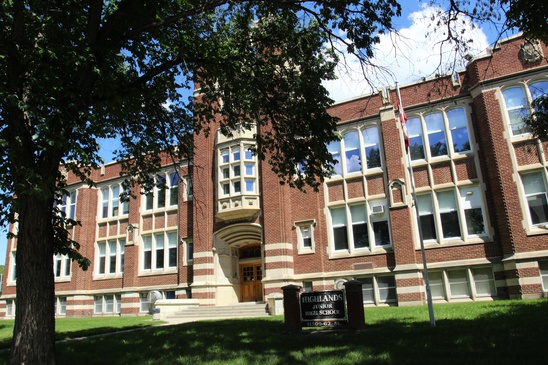