The brick and concrete basement of Highlands United (then Methodist) was built in 1923 after several different incarnations including the local curling rink. By this time the Sunday School enrolment had grown to 500 students and it was felt a new church was essential. W.G. Blakey was the architect for the new church using a similar design to that of his Christ Church Anglican building. A version of Gothic revival with a steeply pitched roof, it is finished in stucco and half-timbering and has the exposed scissor trusses inside that give the small building such a traditional and lofty feeling. The memorial window was added in 1953. 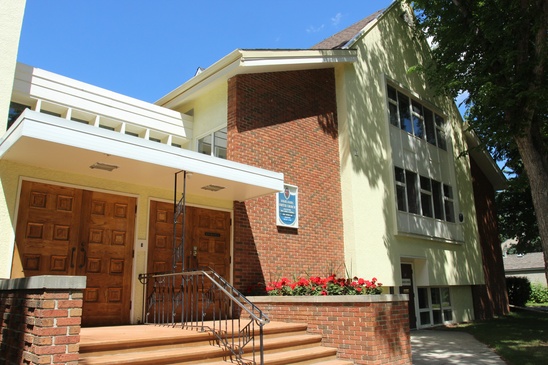