The Hindu Society of Alberta is one of Edmonton’s oldest South Asian institutions. It was founded in 1967 by an influx of Indian professionals who arrived in Edmonton as either university students or independent immigrants.

The Society first met at the University of Alberta to hold Hindu (also known as Sanatana Dharma or ‘eternal way’) prayer sessions, watch films and teach Hindi language classes. In 1976, the Society began building the Hindu Cultural Centre, or Mandir (temple), with a volunteer priest conducting religious services at the time.  The ubiquitous ‘om’ symbol was installed in 1981 and Murtis (idols) of familiar deities such as Krishna, Rama, Ganesha, Durga, Lakshmi and Hanuman followed in 1983. In 1984, the Centre was completed, though it has been renovated and expanded several times since. Its first resident priest was hired in 1989.

The centre is part of the Peter Lougheed Multicultural Village alongside the Siri Guru Nanak Sikh Gurdwara (both centres celebrate Diwali and other shared South Asian traditions), the Dutch Canadian Centre and the Italian Cultural Society. The village was one of the first initiatives by the City of Edmonton to establish purpose-built centres for the city’s multicultural communities. It was renamed for Premier Peter Lougheed in 1985 in recognition of his work in promoting diversity and multiculturalism.

The Mandir is open every day. On Sundays there is Puja (prayer and devotional service) followed by Preeti Bhojan (a communal meal). The Society has a library and offers instruction in yoga, meditation, vegetarianism, health and language classes as well as other cultural activities.  Numerous plaques commemorate members of the public who have contributed to the Society. The Mandir also acknowledges India’s other indigenous religions with a Jain shrine, Buddha idol and portrait of Sri Guru Nanak Dev, founder of Sikhism.

The Hindu Cultural Centre is also home to the Vedanta Society of Edmonton, which follows the teachings of Swami Vivekananda, who helped introduce Hinduism to the West with his inspirational speech at the World’s Parliament of Religions in Chicago in 1893. “Vivekananda Hall”, a pictorial gallery of the Swami was established in the Mandir in 2011. The Vedanta Society enables its members to pursue a path of self inquiry through knowledge, service and devotion, illuminated by the religious texts the Upanishads, the Brahma Sutras and the Bhagavad Gita. During Diwali (the Festival of Lights), the Hindu Society publishes Patrika (magazine) to mark the holiday. 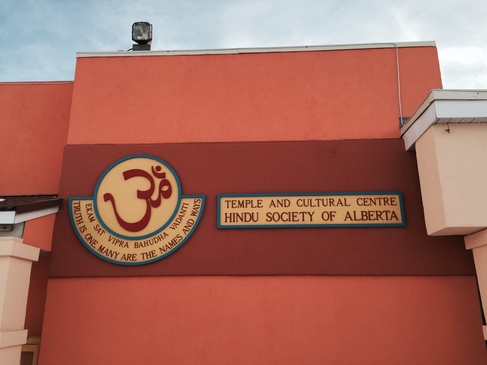 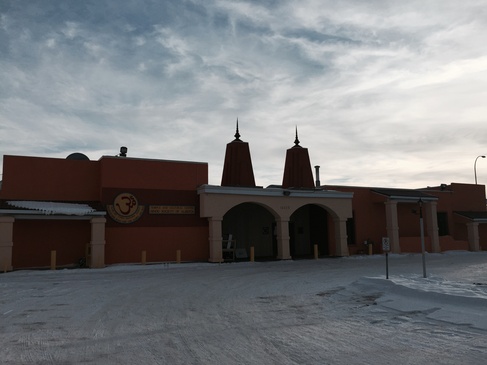 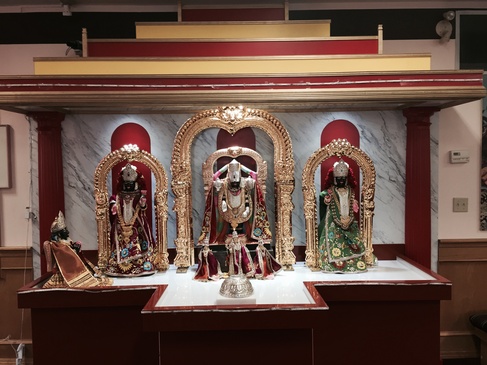