The Hotel Cecil opened its doors on October 1, 1906.  Originally the business was jointly operated by François Lannic and Charles H. Bélanger.  Mr. Bélanger soon bought out Mr. Lannic’s interest and ran the hotel for many years.

Expanded in 1910, the hotel included 65 guest rooms, a parlour, writing rooms, a 300 seat dining room and a ladies rotunda.  The dining room regularly featured a live orchestra and, on special occasions, served up delicacies like Russian caviar, broiled B.C. salmon Hollandaise, and saddle of venison with port wine sauce.

Designed by Edmonton architect Roland Lines, the Hotel Cecil featured an entrance flanked by double Ionic columns. It was finished in brick, with stone accents.  During a 1914 renovation the main entrance was moved to the southeast corner of the building.

During the Demolition of the Cecil Hotel in 2005. 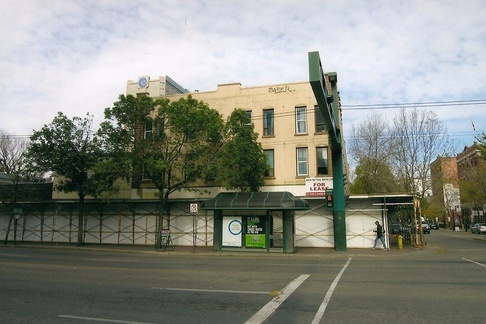 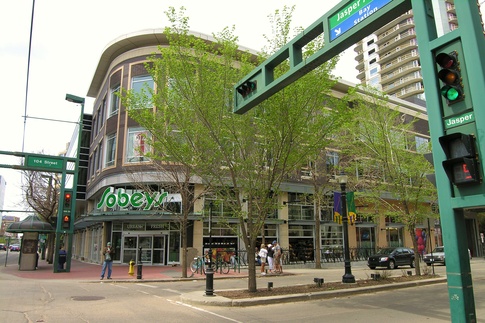 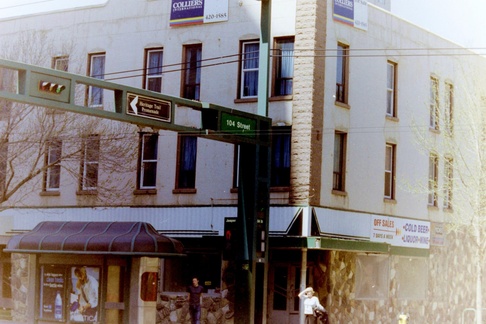 I stayed there in 1991, we were British Soldiers on Vacation from our Exercise in Medicine Hat. I will never forget the experience... after 2 days the drug dealers and Prostitutes left us Brits alone and it was the cheapest Hotel in town... which was good for our wallets... we were young and probably had no idea of how much Danger was around... I've heard it was a real bad place to be... but we had a great laugh there and the stories are plentiful for a weeks stay at a Hotel... :-) 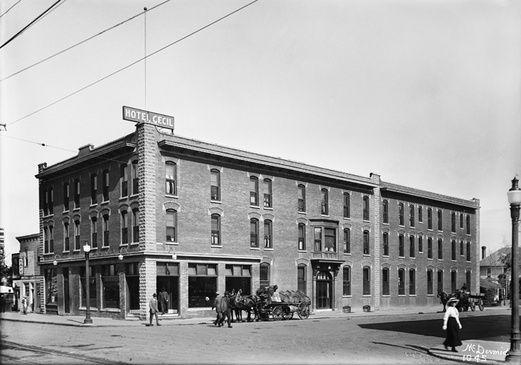 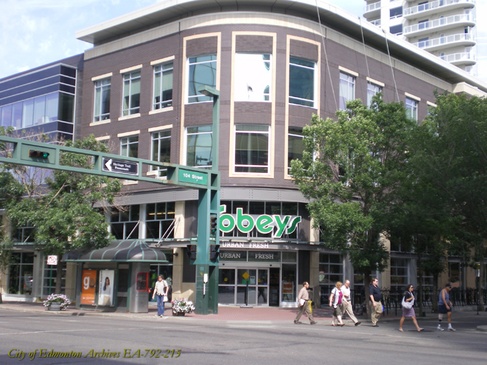 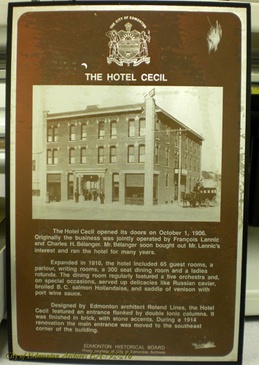