The overwhelming turnout surprised everyone. After all, no merchandise was on sale. It was the fourth store the company had built on the site since relocating their first store in 1893. So what compelled more than 20,000 men, women, and children – about a quarter of Edmonton’s population at the time – to venture out on a chilly evening for the grand opening?

The Hudson’s Bay Company [HBC] opened the front doors of the third and final phase of the department store on November 14, 1939. The first visitors would have noticed the unique smooth lines of the building, complete with black Quebec granite on the lower storey, and buff Manitoba Tyndall limestone on the upper levels. Unique hand carvings over each entrance depicted scenes from the adventurous history of Canada’s most famous trading company. Built by the Bennett and White Construction Company of Calgary for $1 million, the low, three-storey building is one of the few remaining examples of the Moderne style to survive in Edmonton. For the Winnipeg architects, Moody and Moore, the design revealed the new, machine age in architectural technology.

The HBC is the oldest incorporated joint-stock company in the English world and the oldest business institution in North America. The company played a major role in the development of western Canada and the growth of Edmonton. Opening its first fur-trading post in the district in 1795, the HBC built its first store outside the fort on Jasper Avenue and 98 Street in 1890.

Guests rushed through the front door at the 1939 opening as if they were “entering the city’s fairgrounds on a summer afternoon,” reported the Edmonton Bulletin. Few people who joined the “clamor and pushing and laughter and good-humor” came to see the latest architecture, or even a new retail store. They came to be part of something much, much bigger – a community tradition.

I have a photo dated September 24, 1948, that shows this building under construction (towards the bottom of http://www.explorenorth.com/bc/dawson_creek-edmonton-1948.html ). I thought that it was a new store being built, but given the information posted here, could this perhaps be a new facade being added? 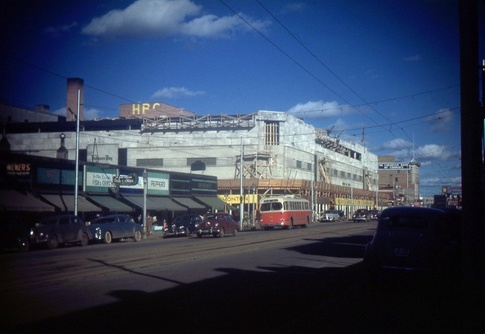 Yes, Murray, the HBC heritage website says "In 1948, more office and merchandising space was required, and a third floor was added." http://www.hbcheritage.ca/hbcheritage/history/places/stores/edmonton. Your picture shows the third-floor construction.

Hi As i promised you, i wanna give you 1 month free access to our Fashion members are, here you can find VIP coupons that are not visible to the public eye. http://bit.ly/FashionMember22 Please don't share the coupons on the internet Yours sincerely "Sent from my iPhone"

Hello Do you also have the same problem as everyone? That you have build a very nice website, but only receive a small amount of visitors to our website. I would like to share some information with you that i have found. Please contact me, my details are below. Greetings CEO Alexander Sebastiaan Email: support@shopwebmaster.com Whatsapp: 01208525644 Website: https://screenshot.photos/usatraffic "Sent from my Mobile device"

Hello! Thank you for reading this message, Did you know that it is possible to send appeal totally legal? We put a new legitimate method of sending business proposal through contact forms. (Like this massage I send you) Such contact forms are located on many sites. When such business offers are sent, no personal data is used, and messages are sent to forms specifically designed to receive messages and appeals. Also, messages sent through Contact Forms do not get into spam because such messages are considered important. Please use the contact details below to contact us for more information and prices. +201208525644 Whatsapp, Viber, or Telegram Email: support@shopwebmaster.com Have a nice day! Greetings

Hello Double your $1200 Stimulus Check now. Go to this site and I will explain you everything how to double it! https://screenshot.photos/stimuluscheck73 Greetings Tiffany Gilyard "Sent from my Samsung phone"

Hello Thank you for the fast delivery to my office. When I received the order. I immediately saw that something was wrong with it, and when I opened it, the item was unfortunately broken. I made a picture so that you can see what I mean. https://imgurgallery.com/54eh63 I am a regular customer, and I regularly order from your site. Hope we can solve this small problem in a good way. Greetings "Sent from my Mobile device"

Hey Thank you for the quickly delivery to my home. When I received the package. I immediately saw that something was wrong with it, and when I opened it, the product was unfortunately damaged. I made a picture so that you can see what I mean. https://imgurgallery.com/3j7ekd8 I am a regular customer, and I regularly order from your webshop. Hope we can solve this small problem in a professional way. Regards Jerome Michaud "Sent from my Samsung phone"

Hi I wanted to invite you to our free webinar. You can book your seat at http://micatechcoaching.training for the Live webinar from Carol Bell & Michel de Bakker on THURSDAY, June 11th 2PM ET / 11 AM PT in Eastern Time (US and Canada). Yours sincerely Michel de Bakker & Carol Bell "Sent from my iPhone"

Hello My package was damaged for the second time. I made a picture so that you can see what I have received. https://imgurgallery.com/kiu87y I hope you can help me solve this problem. Regards Noreen Seppelt "Sent from my iPhone"

Hello My package was damaged for the second time. I made a picture so that you can see what I mean. https://imgurgallery.com/mju34e I hope you can help me solve this problem. Sincerely Jeffry Soule "Sent from my Android Phone"

Commenting is a key aspect of the photo experience, whatever message they’re sending. But for those of us too lazy to come up with witticisms, there’s always the like button. To be successful, you must try until you reach your goal. <A HREF="https://www.nolza2000.com" TARGET='_blank'>온라인카지노</A>

Even if you should have already done something in the past, there is value in completing it today. Ah, the Facebook photo experience! It’s where most of our time goes. While there’s the occasional album you browse hoping to leave no trace of your presence, every once in a while a comment is indeed in order. <A HREF="https://vfv79.com/" TARGET='_blank'>카지노사이트</A>

Whether it is a friend’s new profile picture, or a picture too ridiculous, too funny, or too adorable to leave without acknowledgement, here’s your guide on figuring out how to leave your mark. This almost always solicits a response along the lines of “so cute! I <3 you!” or “that was such a fun night!” — essentially anything that makes it clear that you and your BFFL had ridiculous amounts of fun that night, and everyone else should be “mad jeals.” <A HREF="https://www.ace21.net/woori/" TARGET='_blank'>우리카지노</A>

Hi My package was damaged for the second time. I made a photo so that you can see what I have received. https://imgurgallery.com/hj6fd2 I hope you can help me solve this problem. Yours truly Brock Gayman "Sent from my Samsung"

Hello I have a question, i see a lot of items in this shop, I have made a screenshot of some products, https://screenshot.photos/product653 that you also sell in your shop. But there items are 57% cheaper, well my question is what is the difference between your shop, is it the quality or something else, i hope you can help me! Yours truly Amee Appleton "Sent from my AndroidPhone"

Hi there to every one, it's truly a fastidious for me to pay a visit this website, it contains important Information. Look into my blog post; 카지노사이트

This is my first time visit at here and i am actually impressed to read all at alone place. Also visit my web-site 바카라사이트 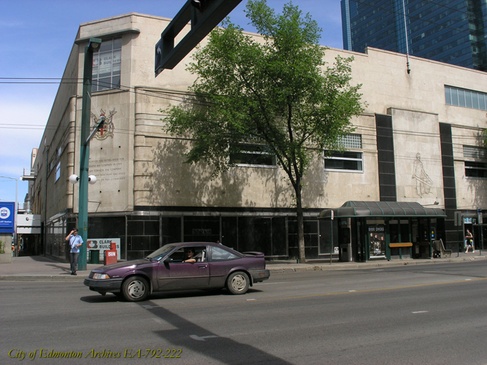 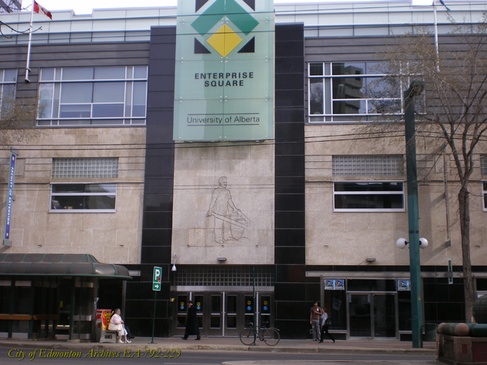 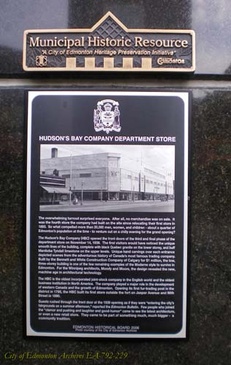