Optimism fuelled the growth of the independent community of Strathcona at the turn of the 20 century. Entrepreneurs, professionals, and their families built stores, opened businesses, and created dynamic neighbourhoods. Main Street North, now Calgary Trail, became a showpiece. Sizeable, stylish homes faced the broad, tree-lined boulevard, reminding onlookers of the social aspirations of the day.

Buoyed by the promise of the prosperity around him, pioneer pharmacist Hugh Duncan commissioned John Sanford to build a large, embellished version of a Foursquare home for his family here in 1911. At the time, the Edwardian era Foursquares were the most popular house style on the prairies, projecting a modest dignity: symmetrical and simplistic in ornamentation, yet lavish in stature and domesticity. This house features a flared bell cast roof with curved dormer windows, tapered posts supporting a full-length open veranda, a projected front door entrance, a north-facing bay window, and keystone details above the ground floor windows.

Hugh and Clara Duncan, together with their children Edgar, Grace, and Brock, truly made what was then 60 Main Street North a fine home after it was completed in 1912. Edgar, wounded in Passchendaele during the First World War, returned here to study engineering at the University of Alberta. Brock followed in his father’s footsteps, and established the Jasper Place Pharmacy. He later took over his father’s business, Duncan’s Drug Store on Whyte Avenue, after Hugh’s death in 1935. Grace became a teacher and lived here with her family until the city bought the house in the 1960s.

Two decades later, the Old Strathcona Foundation purchased and renovated the residence for use as its organizational headquarters.

My grandmother was Hugh and Clara's daughter, Grace. Here is a photo of the family in back yard of the house early 20's. I loved visiting the house, secret stairs, beautiful woodwork and a wonderful place to explore. My mother, Kathleen Ellen Hyde passed away July 2, 2019 in Victoria, BC. I'll look through all the photos for more. Thank you to the Old Strathcona Foundation. -Barbara Ellen Hyde Talbot 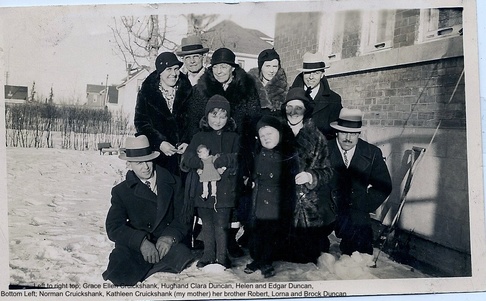 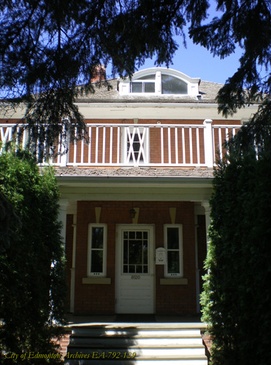 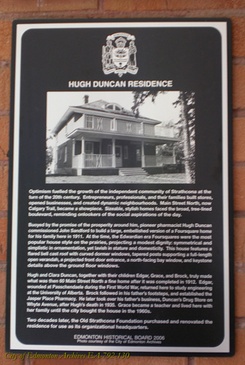