The Hulbert Block was one of several buildings constructed in the commercial district of Strathcona during the economic boom before World War I.  A building permit was issued to Russell A. Hulbert on May 12, 1912 to build a brick store and office structure. He hired the Strathcona contracting firm of Sheppard and Webb to construct the $25,000 building.

Russell Hulbert came to Strathcona from Nova Scotia in 1893 and was a member of the first town council of Strathcona.  He was involved in a variety of occupations including grocer, implement dealer and contractor.  As a contractor he completed several public works projects for the municipality and developed a number of commercial properties in Strathcona and Edmonton.  For many years he lived in a large colonial style house situated at the corner of 100 Street and 83 Avenue. He spent the last few years of his life in Dawson Creek, B.C. and in Vancouver, where he died in 1934. 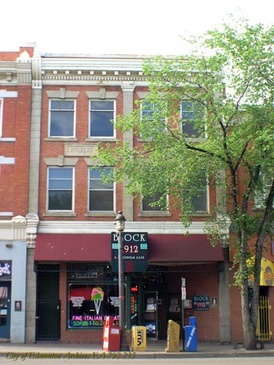 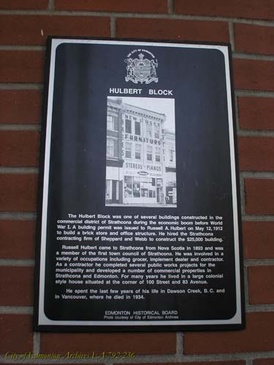