The Italian Cultural Centre opened in May 1983 and was the dream of Italian pioneers from the region of Venice who arrived in Edmonton beginning in the late 1940s. The Tri-Veneti Nel Mondo Cultural Society incorporated in April 1979 under the leadership of Gino Antonello and Benito Zenari (founding President).  Other Board members included Frank Fraccaro, Mario Cancian, Vince Di Luigi, Lorenzo Giacobbo and Donato Calista. The founders wanted a facility that could serve as a home for a number of Italian societies involved in the preservation of the Italian language and culture. The City had set aside land off St. Albert Trail for multicultural communities to establish purpose-built centres (it was named the Peter Lougheed Multicultural Village in 1985 to honour the Premier). After initial delays, land was obtained at 14230 - 133 Avenue and the Italian Cultural Centre built. More than $60,000 was raised and Victor Losa, a prominent jeweller, gave $30,000. Both the provincial and federal governments provided grants. Members involved in construction, including new President Lorenzo Giacobbo, built the centre, which comprised a banquet hall, bocce court, offices, meeting rooms, a cafe/bar and card room. Construction continued with the installation at the front entrance of a war monument by the Alpini National Association (1984), and a second banquet hall, the Italia Hall. In 1995, a front foyer and second floor were added. Various Italian societies with members of largely Northern Italian origin are housed there including the Vicentini, Fogolar Furlan, Trevisani, Trentini, Lazio society, two veterans’ groups (the Alpini and Marinai d’Italia), the Societá Bocciofila and the Juventus Sports Club (soccer). The last established the bicycle race at the Giovanni Caboto Festival in Little Italy (Olympic Gold Medalist Lori-Ann Muenzer is a member of the Juventus Cycling Club). The Dante Alighieri Society made the Centre the location of its Italian language school and library for many years. The Dante Society was instrumental in getting the Italian language into the Alberta curriculum. The Centre, a popular banqueting and meeting venue, annually provides a $1,500 scholarship to students of Italian descent for post-secondary education. 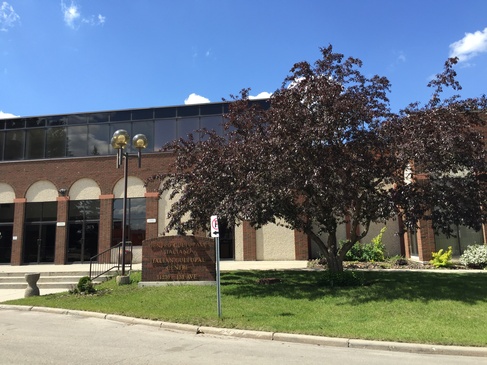 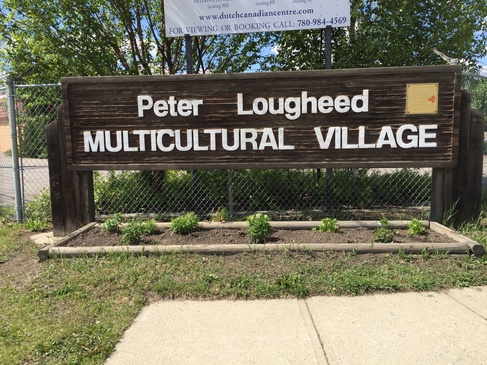 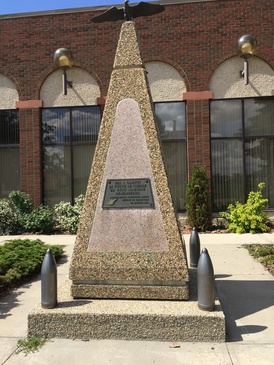 War monument installed by the Alpini National Association (1984) in front of the Italian Cultural Centre, 2016. Photo by Adriana A. Davies. 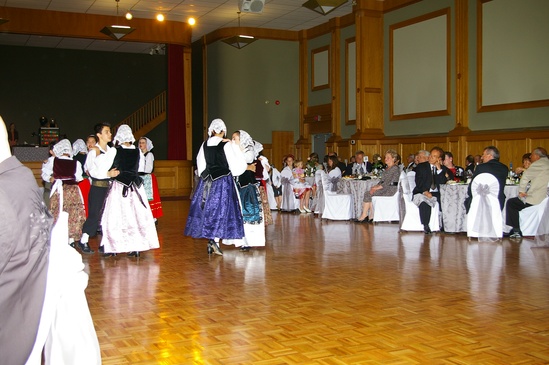 The Appennini Dancers help to celebrate the 25th anniversary of the Italian Cultural Centre, 2008. Photo by E. R. Cavaliere.