A mystery surrounds this home. A widow’s walk crowns the roof’s peak. Typically a feature of a seaside residence, this railed observation platform allowed sailors’ wives to catch the first glimpse of a husband’s return.

Arthur W. Bloomer, an accomplished real estate agent, owned the original property here on what was once called Namao Avenue. Not much else is known about him or the builder, F. Lewis. Was the designer a Maritimer, pining for the rolling ocean rather than the waves of Alberta’s wheat fields?

This two-storey, hip roofed house is a rare Edmonton example of a Victorian styled brick building. Orange brick quoin edging, cogging patterns (exposed brick ends below the eaves), and designs below the windows accent the buff brick. Other features include the linked rosette pattern in the eaves, notable lintels and sills around all windows, arched windows in the gables, prominent front porch, and deck with turned columns.

The home is named after the Scotsman John “Jock” McNeill. He lived here with his wife Jessie and seven children from 1910 to 1914, yet these few years witnessed the beginning of the family’s prosperity. McNeill began the Twin City Transfer Company in 1910. This baggage transfer, moving, and storage business expanded from two carriages to twenty-four in only nine months. With such rapid success, McNeill started Edmonton’s first taxi service, declaring that “the thinking fellow calls a yellow.” The business ultimately became Yellow Cab. McNeill added a private ambulance and bus service, then motorized the business in 1914. Later he bought his own airplane, became president of the Edmonton Aircraft Company, and built the Municipal Airport’s first hanger.

I met the current owner of this house when she was doing the restoration of the front porch to it's original configuration. She asked us if we'd like to paint the columns that were re-installed on the new porch which we were honored to do. I have a family photo in my office of Jock and his family 'back in the day' including my Grandfather as a child sitting on that very porch. Very cool history! 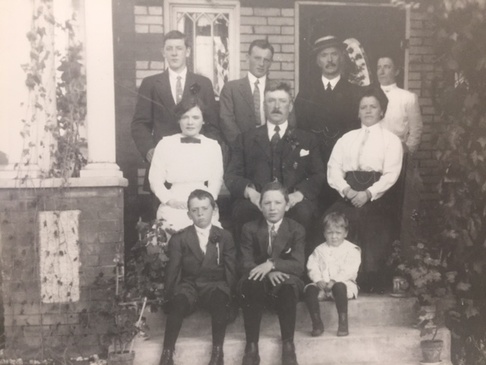 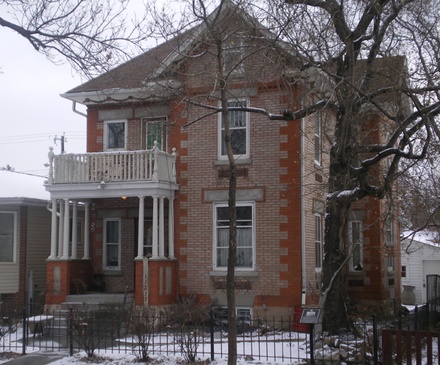 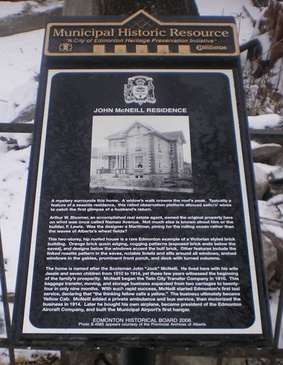