John Walker Barnett was born on August 28, 1880 in Lincolnshire, England. He trained as a teacher and, while teaching in England, served as a district president of the National Union of Teachers of England and Wales. In early 1911, he migrated to Canada and taught for a short time in the Lougheed area before moving to Edmonton, where he became Vice-Principal of Alberta College and a music instructor and supervisor with the Edmonton Public School Board. In September 1914, Barnett had a house built on University Avenue in the Queen Alexandra neighbourhood. Soon after this purchase, he moved his family from northern Edmonton to the new house, which was only eight blocks south-west of the high school. The one-and-a-half storey house is a Craftsman style bungalow with an open floor plan interior. It has wood-shingle clad exterior walls, exposed eaves, large decorative brackets and a large gable roofed veranda. The interior features large quantities of natural wood elements, such as the wood strip flooring, exposed wooden beams, fireplace mantles, large doorways with wooden columns, built in seating benches and cabinetry. Craftsman style houses such as this were popular at the time and the scale of the house is typical for an urban, middle class family.

Encouraged by his experience with teachers’ unions in England, Barnett became involved in efforts to develop a stronger and more unified voice for Alberta teachers. In 1915, he led the Edmonton Teachers’ Association’s protest against salary cuts, and he was instrumental in the formation of the Alberta Teachers’ Alliance (ATA) in 1918. The organization of the Alliance began when 700 teachers gathered in Edmonton to draft a series of resolutions. In 1920, Barnett was appointed as the Alliance’s first General-Secretary Treasurer and he resigned his teaching position to concentrate fully on his ATA duties. Between 1920 and 1924, the ATA operated out of Barnett’s University Avenue home. During the early years of the ATA, Barnett concentrated on increasing membership and lobbying the government for better working conditions. Despite facing substantial resistance from the provincial government during the 1920s – particularly following a 1921 strike by Edmonton’s junior high and high school teachers – under Barnett’s leadership the ATA gained in members and legitimacy. Following the election of the Social Credit government of William Aberhart – who was a former high school teacher – the ATA won a number of important concessions. In 1936, the government amended the Teaching Profession Act making membership in the ATA mandatory for all public school teachers. Long-term contracts and pensions were secured and in 1941, the ATA became the first teachers’ association in Canada to gain the right to collective bargaining and the right to legally strike. Barnett’s determination and effort was instrumental to the achievement of these long-sought after goals.

John Walker Barnett lived in the University Avenue house until April 1946. Five months later he resigned from the ATA, although he continued to serve as an advisor until his death in June 1947. The residence’s style and floor plan retain considerable integrity from the period in which the Barnett family was in residence. 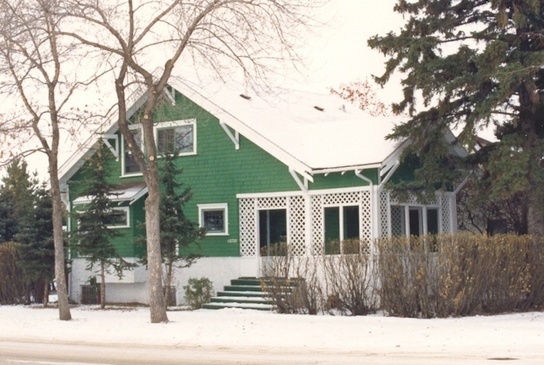