Built at a cost of $180,000, King Edward School opened its doors to students on March 9, 1914.  Originally, it had 17 classrooms, separate playrooms for boys and girls, separate rooms for manual training and domestic science, an automatic heat regulator, and shower baths.  This feature caused the Edmonton Bulletin to note that “This will be a novelty to many of the children, who never before saw hot water come down like rain”.

For the first time, the large assembly hall common to schools of this time, was built on the ground floor instead of the top floor, to accommodate its use as a social centre for the surrounding community.  The exterior features an imposing central tower, sandstone accented brick, false roof line punctuated with battlements and rifle slots, ornate curvatures on the tower, a grape balustrade and other sculpted embellishments at the front entrance.

Inside, the foyer features oak paneled walls, latticed windows and doors and a terrazzo floor leading to a marble stairway.  Fifteen foot ceilings, wide hallways and oak mouldings and railings are found throughout this wonderful structure. 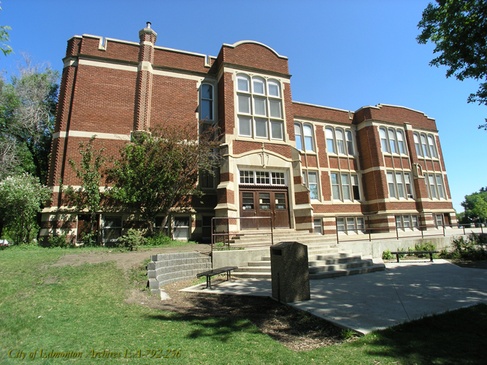 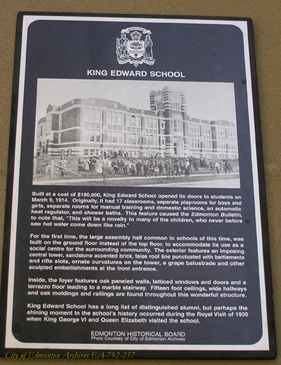