The building was designed and built by Kingston Powell, a prominent and successful local farmer.  More than likely it was an investment building taking advantage of the boom.  Kingston Powell, an Irish immigrant, was one of the early settlers in the Edmonton area who initially farmed, but later chose to invest in the urban construction boom.  Powell eventually lost some of his investments and returned back to his farm in the Calder area.

The Kingston Powell building is notable for being one of the only remaining pressed metal clad timber boomtown buildings left downtown.  This building is representative of the utilitarian commercial structures often found in the early turn of the 19th century settlements.  Its simple square configuration is clad in prefabricated pressed metal siding imprinted to look like stone.  A decorative wooden cornice with evenly spaced brackets caps the top of the building and the traditional timber store front configuration also has a cornice above, typically for signage, though many buildings of this period had painted signs on the siding above.  The windows are simple wooden sashes and framed with timber casing. 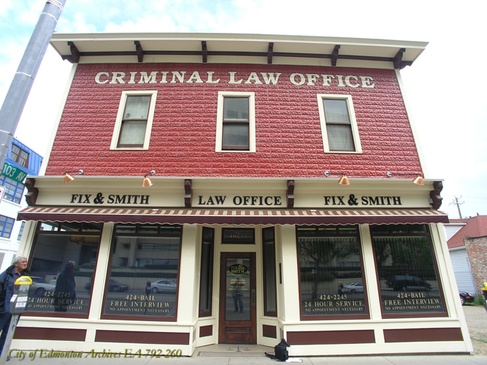 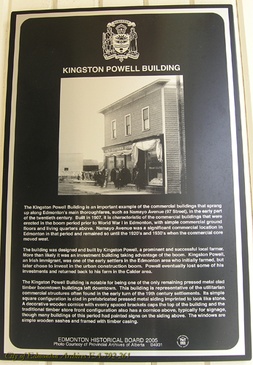