The dream of having a central meeting place where the French community could meet and regroup was an old one, and originally the centralized area was around St. Joachim Parish but with time, office and residential space in that area became insufficient and more expensive. Gradually, with the establishment of the French parish of St. Thomas d’Aquin near the Collège St. Jean and the creation of Maurice Lavallée School, more and more families and cultural organizations moved to the area. Through the work of members of L’Association canadienne-française de l’Alberta (ACFA), the long hoped for space was opened in 1996 and in 2010, the building was expanded to 104 000 sq. ft.

La Cité francophone has become the centre where several French cultural organizations, including the provincial headquarters of the ACFA, the Edmonton regional office of the ACFA, a dance studio, a theatre, a medical clinic, a daycare centre, a restaurant and a snack bar. Various businesses have moved in, including the Librairie du Carrefour, now owned by the University of Alberta Bookstore, and the French language weekly, Le Franco. Tenants include non-profits such as La Société généalogique du Nord-Ouest that specialize in French genealogical research.

The building's design is meant to evoke architectural styles of Old Québec with a large sun-filled terrace with café tables for the passers by and loungers. 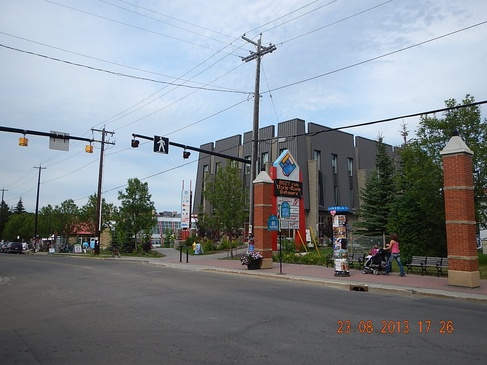