The Lambton Block was built in 1914 on Namayo Avenue, later to become 97 Street.  Read – MacDonald – Brewster, General Contractors and Builders built it for $25,000. In order to accommodate the irregularly shaped lot, the building was constructed with six sides.  The use of cast-in-place concrete was considered bold and innovative at the time.  The ground floor originally housed commercial retail stores, each with separate access to the basement.  Later, these were replaced with additional apartment units.

The Lambton Block is valued for its association with its original owner, John Robert Boyle.  Boyle was well known as a member of the Alberta Legislative Assembly, a minister of several different portfolios and Attorney General.  In 1924, he was appointed to the Supreme Court of Alberta where he served until his death in 1936.  The Boyle community in Edmonton and the Alberta town of Boyle were named in his honour.

Another notable owner was Martin Hattersley, the leader of the federal Social Credit Party.  He received approval from city council to convert the main floor of the building into a law office in 1980.  The building has since reverted to residential use only. 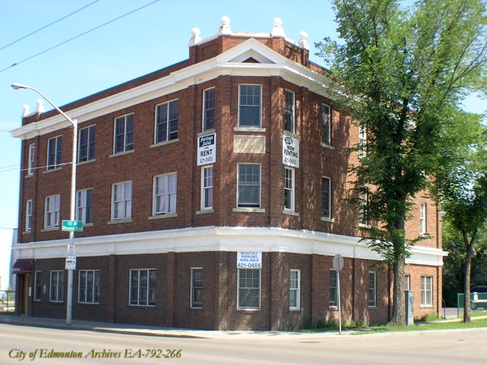 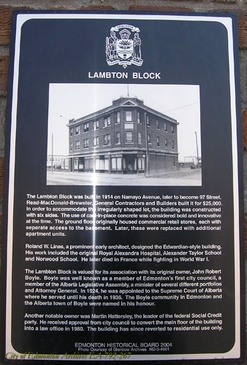