Edmonton’s Little Italy today straddles two inner-city neighbourhoods – McCauley and Boyle Street – and extends from 107 Avenue in the South to 118 Avenue in the North, and between 97 and 93 Streets. At the beginning of the twentieth century, Edmonton expanded from the Rossdale Flats in the River Valley area to the top of the escarpment on the North side of the North Saskatchewan River. At the time, both Chinese and Italian immigrants began to move into the area from Jasper Avenue westward. Business premises such as the Hotel Roma (first operated by Giovanni Rusconi and later by Luigi Dini) were located there. A number of Italian businesses including the Venetian Barber Shop (established in the 1930s), and several confectioneries or general stores including the Venetian Grocery followed. The area did not become a “little Italy” until the post-war boom of immigration beginning in 1949 and ending in the 1970s. Edmonton’s Italian population grew from several thousand to nearly 15,000, by the late 1970s. Italian families succeeded Ukrainian families in the old neighbourhood. It was the building of the Santa Maria Goretti Church, in 1958 that defined the area as the heart of the Italian community. The City of Edmonton had given land adjacent to Clarke Stadium in trust to the Cristoforo Colombo Soccer Club to build a facility. Instead, community leaders decided to use the land for the Church viewing it as a higher need. This established a community tradition of going to Mass on Sunday and then shopping at the Italian Centre Shop established by Frank Spinelli and the Saccomanno Brothers’ grocery on 95 Street, visit the Bar Italia for ice cream, and buy bread and cakes from the Italian Bakery begun by Antonio and Aurora Frattin. As the Italian community grew, the majority of those who settled there left to live in other areas of the City but the Italian shops remained. Some Italian seniors still reside in the area in small houses with well-developed gardens. On February 13, 2007, the City of Edmonton established Chinatown and Little Italy as a business revitalization zone (BRZ). 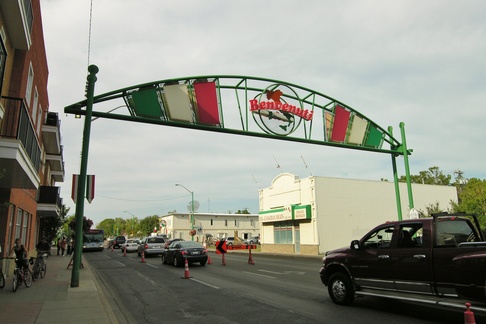 writing essays for money https://writessaypro.com - topics to write about for an essay cause and effect essay essay buy online essay writing tips essays to read 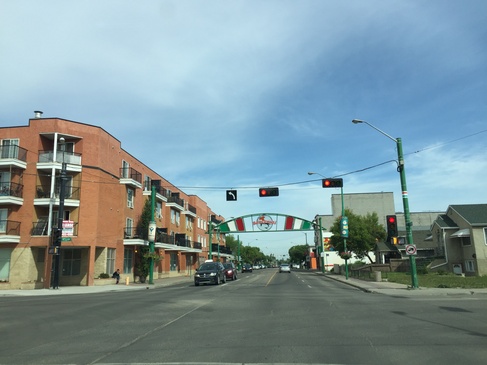 Little Italy sign on 95 Street, the location of a number of Italian-owned businesses and Giovanni Caboto Park, June 2016. Photo by Adriana A. Davies. 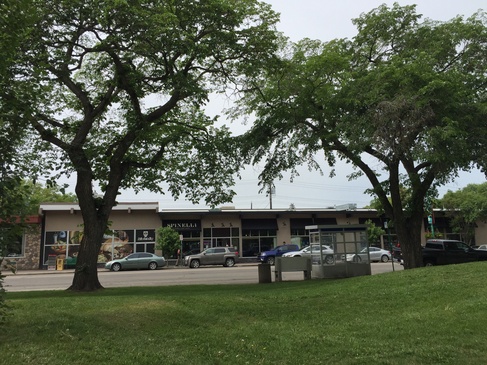 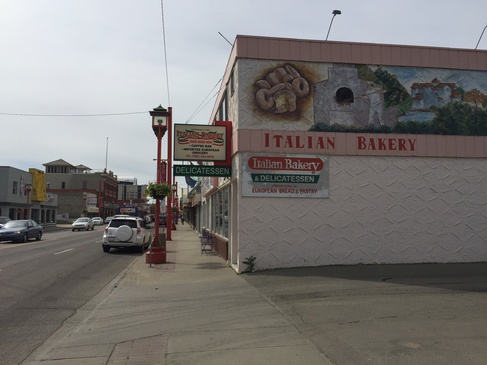 The Italian Bakery on 97 Street and 106 Avenue straddles Chinatown and Little Italy, June 2016. Photo by Adriana A. Davies.