The Orange Lodge #1654, one of the first in Alberta, was created as a fraternal order in 1895 by a group of Strathcona businessmen.  The first Master of the Lodge was Robert McKernan, who owned and operated the Dominion Hotel and the Princess Theatre.

From 1895 they met in the home of a Lodge member, until 1903, when this building was erected on this site by the members themselves.

The Orange Hall remains as it was constructed then, with no major renovations or additions.  This building is still used as a meeting place for the Lodge and is also used by many other community groups. 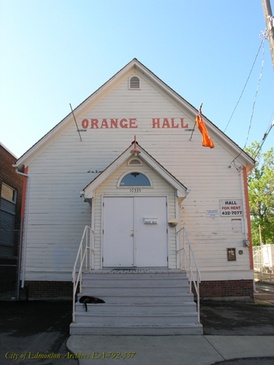 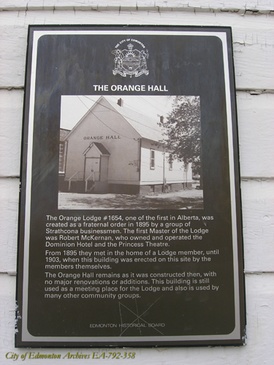