The residence of Dr. J. A MacPherson was known locally as "The Last House" when it was first built as it was surrounded by empty fields and was the last house one would encounter if heading west from Strathcona.

Dr. MacPherson arrived in Edmonton in 1912 after graduating from the University of Edinburgh to serve as the assistant to Dr. Seymour Archibald, the C.P.R. surgeon in Edmonton at the office, #3 Hulbert Block on Whyte Avenue. Dr. and Mrs. MacPherson initially lived in #1 of the same building, but later that year, began construction on three properties of the Hulbert addition, later known as University Avenue. The exterior of the building was completed near the end of 1912, but Dr. MacPherson and his wife did not move into their new home until the spring of 1913 when he moved his practice into the Tipton block on Whyte Avenue.

The MacPherson residence is an excellent example of the American Four-Square style of home that became popular in North America at the beginning of the 20th century. features a symmetrical facade with the typical hipped pyramidal roof design and central dormer seen on American Four-Square houses. When it was first constructed, thestone-dash finish above the clinker-brick second story was pseudo half-timbered in the tudor-revival style that had gained popularity in Edmonton. The house also originally featured a large arch roofed front veranda, but this was replaced by the sun-porch seen today sometime in the 1930s. Architecturally, the house is most significant for its largely original condition and details, clinker-brick construction and unique tall timber-mullioned paired casement windows (of which no other examples remain in Edmonton). The interior details have been remarkably well preserved with the original, light fixtures and switches grates and much of the original mill-work remaining intact. Large quantities of natural wood elements are seen throughout the house, such as maple wood strip flooring, central oak staircase, clinker-brick fireplaces with heavy oak mantles, built-in oak pocket doors, seating benches and cabinetry. The second floor is detailed in fir instead of the more expensive oak as guests were unlikely to see the second floor.

In 1918, Dr. MacPherson became President of the Edmonton Academy of Medicine. In 1919, Dr. MacPherson was elected as the Public School Board Trustee for Edmonton and was a vocal supporter of married women being allowed to teach in schools. Dr. MacPherson was also among the founding members of the Mayfair Golf and Country Club in 1922. In the classes he taught at the University of Alberta Faculty of Medicine, his students called him the ‘Apple-box Doctor’ because of his emphasis on practical inventiveness. Fractures were his specialty and a favorite question he asked to new medical students was:
“You have to treat a broken leg. You’re out in the desert. Describe this.”
“I would set it and splint it,” was a regular answer.
“Splint with what?” he would reply.
“Find a board.” or “A tree branch.”
“There aren’t any.”
Sheepish laughter would greet his solution: “You always have a splint: The other leg.”
Dr. MacPherson never retired and his 35-year tenure serving the residents of Edmonton came to an end when he died of a heart attack in 1947.

Aside from a change to the front veranda to a sun-porch sometime in the 1930s, the interior and exterior of the house have been largely unchanged and extremely well preserved. The MacPherson Residence has never passed into the hands of strangers and has been, so far, home to five generations of Mrs. McPherson's family. 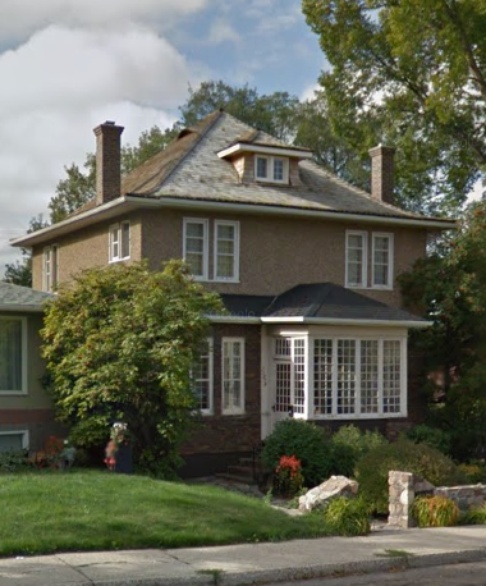 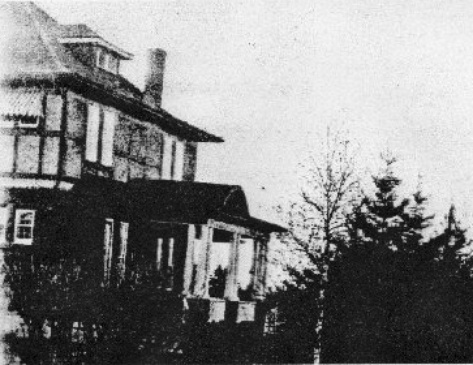 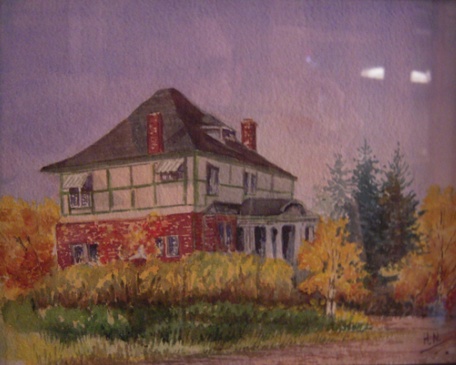 A painting of the McPherson Residence by a local artist circa. 1913