Located at 7907 36 Avenue, Markaz-Ul-Islam is the first mosque built by South Asian Muslims in Edmonton. The 27-year-old mosque’s distinctive architecture, especially its onion domes and minarets draw attention from passers by.

Muslims from South Asia, especially Pakistan, started to immigrate and settle in Edmonton as early as the 1950s. During those early days, handful of community members, mostly international students, prayed in Al Rashid – Edmonton’s first mosque built by Lebanese fur traders. Later the community started praying in a makeshift mosque built on the second floor of an auto repair shop on 51 Avenue and 86 Street.

By the 1980s, the community had grown extensively and settled in Millwoods and there was an urgent need for a permanent place for worship with a private prayer room for women and space for a children’s school (madrasah). The Markaz-ul-Islam Society of Edmonton (MSE) was established in 1982 to construct a mosque that would not only teach and practise Islam, but also serve as a place for meeting and greeting for the Millwoods community.

Markaz’s history states: “Muslims of Edmonton in general and those in Millwoods area and south side in particular gathered many times in 1981-82 to discuss the need of praying Salat in congregation and provide Islamic education for children.” Subsequently, an ad hoc committee was formed to search for a permanent location for the Masjid. Three lots, approximately half an acre in size, were bought from the City for $100,000 in 1982. Construction started in early spring of 1982. A draftsman named Tauqeer Tirmizi was hired to build the mosque. “Tauqeer was not a professional architect but he was very enthusiastic and did a great job in building this mosque with limited resources. The building of Al Rashid was used as a design template,” says Ghulam Nabi Chaudhary, founding member of Markaz. Families and businesses donated $200 per month for years to fundraise. However, finding labourers to construct the typical architectural features was often a bigger issue. Markaz finally opened in the fall of 1986.

Markaz has three floors – a language and youth engagement school in the basement, main prayer hall for men with imam’s (priest) seat and library on the main floor and the ladies prayer room on the top floor. A separate rear entrance leads to the top floor. There is no system to count total visitors but the mosque serves more than 52,000 people on Fridays annually. The number is much higher on festive Fridays. 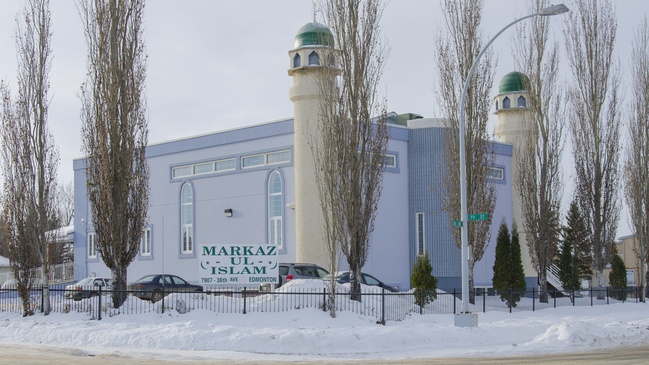 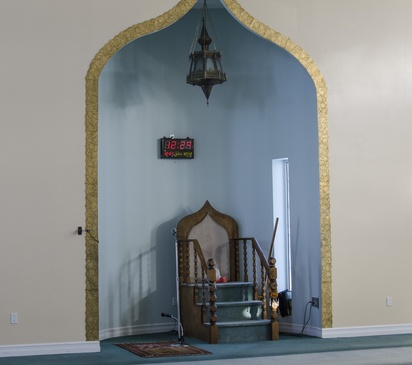