Completed in 1915, this nine-storey building was the tallest structure on the Edmonton skyline until 1951.

Built by Kenneth McLeod, one of Edmonton’s first settlers and real estate speculators during the pre-war boom, it remained in his possession until 1929.  One of the early tenants was the prestigious A.C. Rutherford, the first Premier of Alberta.

The building is described as the finest surviving example in Alberta of the Chicago School of Architecture developed at the turn of the century.  Traces of its former glory, although somewhat worn with years may be seen in its marble and terrazzo floors, oak trim doors and baseboards.  Italian Pavanosse marble was used in the main entrance and wainscoting of corridor walls.  The interior was made of the finest wood and marble.

The building has stood the test of time and fills a unique niche in Edmonton’s architectural, social and commercial history. 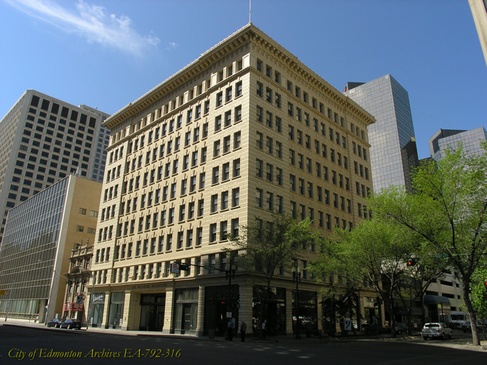 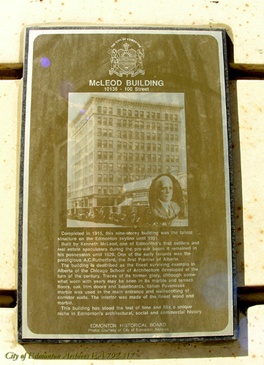