This wooden trestle bridge, built between 1900 and 1902, is one of the last physical reminders of the existence of the Edmonton, Yukon and Pacific Railway, the “shortest railroad with the longest name”.

The E.Y.& P. Railway was the first to bring rail transportation to Edmonton. It was connected to the Canadian Pacific line south of Strathcona, and traveled north along Mill Creek ravine, then across the Low Level Bridge. The first train crossed the bridge into Edmonton on October 20, 1902. By 1907, the line was extended westward where it connected with the new Canadian Northern main line.

The E.Y. & P’s passenger service was suspended in 1928. The line was used to haul coal and freight until 1954, when it closed and the tracks were removed. 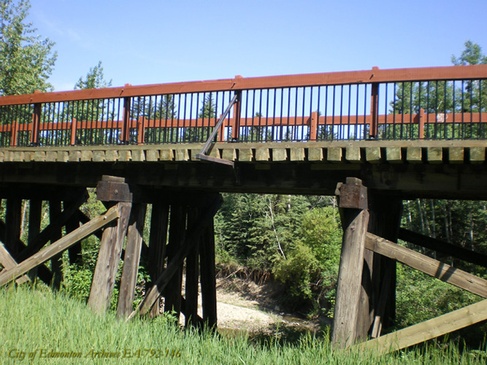 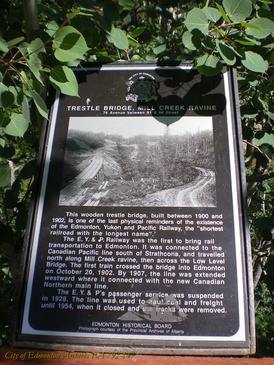