This two-storey brick and wood house originally rested on five acres of land and was surrounded by a circular driveway, fountains and trees. Built in 1912 for Edmonton realtor Edward H. Molstad and wife Addie, the home became well known in the community for its annual Christmas parties for local children.

In its day it was considered ultra-modern and boasted oak panelling, hardwood floors, sculptured ceilings, brass chandeliers and an unusual fireplace in the dining room. On the second floor there were five bedrooms and two bathrooms. Living quarters for the cook, maid and other help for the Molstad’s farm was in the upper portion of the house.

In 1931 the residence was converted into an apartment building, but the Molstad’s continued to live in part of the house. Edward H. Molstad passed away in 1953 and Addie in 1982, but their home found new life under the guiding hands of Walter and Jean Kipp, who undertook considerable renovations, restoring this wonderful home to its original glory.

Its importance has been acknowledged by the City of Edmonton, becoming the first residential building to receive historical designation. 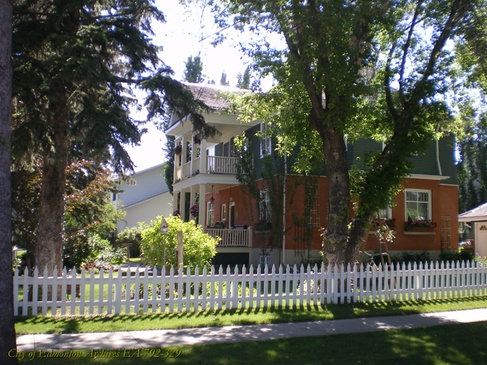