Moose Hall, a three-storey brick building with a flat roof built to a rectangular design. A shape stone cornice at the top of the walls adorned the east and partially south & north elevations of the building. The main level of these three elevations is defined by cast stone corner pillars and projected cornices. The upper storey walls had brick pilasters defining the window columns of the top two floors. Ornate brickwork pattern appears under the cast stone sills of the upper level windows.

The building is worthy of mention because of its connection to the Chinese in Edmonton. Based on photographs taken in 1935 from the Chinese Benevolent Association of Edmonton’s photo collection, Chinese performances such as traditional Chinese operas and orchestras playing folk tunes were held in Moose Hall to the enjoyment of Chinese associations’ members and other Chinese living in and around Chinatown (97 Street and north of Jasper Avenue) in Edmonton. Some of the performances would have been by the Chinese Dramatic Club of Edmonton and other Chinese associations that were in existence at that time. These performances would have been held where the Loyal Order of Moose had its lodge meetings in either Room #1 or Room #3 Committee Room. The building was occupied over the years by a number of individuals, businesses, social services, political, and labour/employment organizations.

Further evidence of this building having been a popular venue for Chinese events came from a local newspaper article published on July 19, 1926. The Edmonton Journal provided good coverage of the convention that was organized by the local Chinese National League (or Chinese Nationalist League) to celebrate the 13th anniversary of the founding of the Chinese National League by Dr. Sun Yet Sen for the transformation of China into modern times. Local league members were joined by delegates from other branches in Alberta, such as Hardisty, Calgary and Lethbridge. The convention opened on a Sunday afternoon in Moose Hall presided by W. L. Dean as the Master of Ceremonies, and the local Chinese branch members presented the league’s objects, constitution and administration. The room held a photo of the late Dr. Sun Yet Sun and the national flag, in front of which the Chinese delegates bowed three times in respect to Dr. Sun. Kwong Yee read the last will of Dr. Sun and all delegates listened to a recorded speech by Dr. Sun which was played on a gramophone while having their refreshments.

Following the convention was a banquet held within a short walking distance away at Shac Han Café (10136-97 Street). Among the honored guests invited to the 6 o’clock banquet were several prominent citizens of Edmonton: “Acting Mayor Gibbs, Judge Morrison, Police Magistrate G. P. McLeod, Dr. John S. Smith, Mark Wright and other citizens with ladies.” Speeches were given in both English and Chinese by W. L. Dean and Mar Jok, undoubtedly to welcome the distinguished guests, for the reporter wrote that “Judge Morrison and Col. McLeod responded, stating that the Chinese are good citizens and that their progress was most marked.”

After the banquet all the delegates returned to Haddon Hall for a play accompanied by Chinese music put on by the Chinese Dramatic society. The local Chinese actors wore richly colored costumes, some of which were ladies’ millinery adorned with heavy gold and silver ornaments - all newly imported from China at a cost of $1,700. As for the stage, it was decorated with brightly embroidered silk curtains and banners.

My parents were active in this organization in the 50's and 60's. I have a large photo with a 100 plus members, taken in the hall at a banquet in honor of Mr. & Mrs. Al Satori, celebrating their Golden Wedding Anniversary on March 8, 1960. Would this be of any interest for your archives?

I have a 1959 “Women if the Moose” cookbook... would you be interested in having this for your archives? 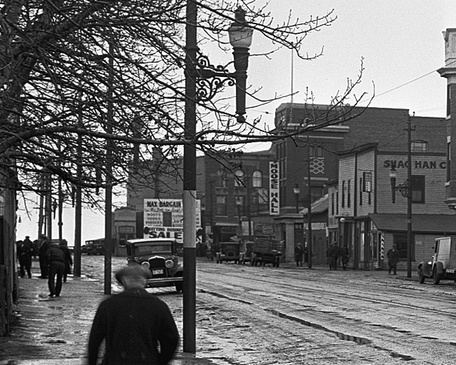 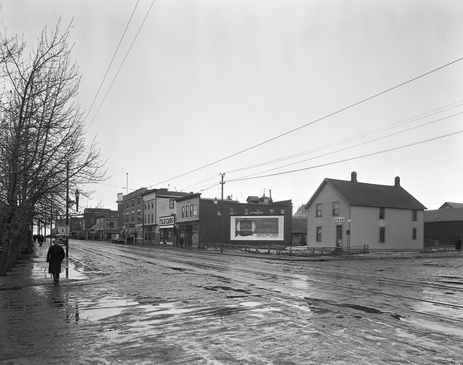