Mustard Seed Church (1912) has had many roles over its long life. It began as First German Baptist providing a new church for the German congregation that had begun worshipping in the area in 1898. The wars and the Depression of the 20th century led to hard times for the German community and many members moved away to get away from the harassment that ensued. In 1940 the church was renamed Central Baptist and a few years later services were held in English rather than German. After the Second World War, the population increased and many new Baptist churches were begun outside the downtown area. The church fell into disuse until it became a nightclub and then was abandoned again until 1993 when it became the Mustard Seed Church, part of a North American-wide organization, loosely tied to the Baptist church. Services are held on Sundays but it is more a social service agency, each week serving many meals to the homeless. 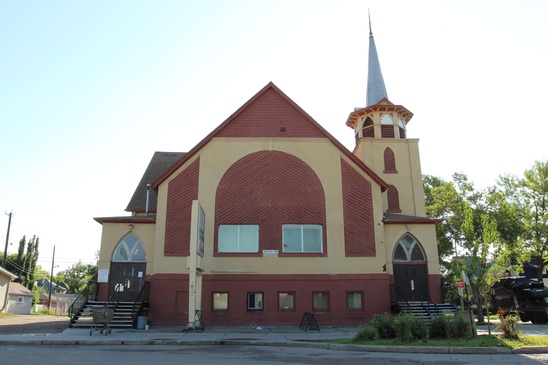