"This structure was built in 1909 by the newly incorporated city of Strathcona.  From the time when it was opened officially by Alberta’s first premier, the Hon. A.C. Rutherford, it served generations of scholars.  University classes were held here for two and a half years."

"Opened in 1908, Strathcona Collegiate Institute was one of the first high schools in the province. The building was a sophisticated construction designed to accommodate the teaching of the liberal arts and the sciences. Its elegant architecture and well-appointed interior embodied the community's prosperity and spirit of optimism. These characteristics were also well-suited to the school's role as one of the original hosts of the University of Alberta, which moved into the Strathcona Collegiate Institute in 1909 while the campus was being planned and constructed. During its first two years of operation, the Strathcona Collegiate Institute's main floor housed four high school classrooms while the second floor contained four university classrooms, University President Henry Marshall Tory's office, and the university library. The basement included gymnasia for boys and girls and the upper level contained an auditorium with a stage. The first University of Alberta convocation took place in the Strathcona Collegiate Institute in 1909 when an honourary Doctor of Laws degree was bestowed on Lord Strathcona. The building continued to serve both high school and university students until 1911, when the University of Alberta moved west to its current location. In addition to its academic use, the school also had a significant role in the local community. The Assembly Hall served for many years as a meeting place for local organizations and a venue for community gatherings. Strathcona Collegiate Institute (now known as Old Scona Academic High School) has been in continuous use as an educational institution since its founding and boasts numerous distinguished alumni. It is the oldest active secondary school in Edmonton and continues to be a vital part of the city's historic Strathcona community.

The cornerstone of the Strathcona Collegiate Institute was laid by Premier Alexander Rutherford in 1907, the same year that the community of Strathcona was incorporated as a city. The scale and elegant design of the school reflected the optimism and civic confidence of the community. Designed by prominent local architect Roland Lines, the Strathcona Collegiate Institute was created to be one of the largest and most sophisticated high schools in the province. Its up-to-date design shows the influence of contemporary English architects such as Edwin Lutyens. They pioneered a new kind of architecture which, while it was clearly connected with historical antecedents, avoided both the slavish reproduction of classical designs and the theatrical adaptations characteristic of Victorian architecture. Described as the Edwardian Classical Free style, this architecture blended elements from Greek, Roman, and Renaissance architecture in a totally new way, creating a pleasing and modern style. In the Strathcona Collegiate Institute, these elements included volutes, quoins, a dome, bracketed eaves, arched hoods above the doorways and gables, rusticated stonework, and oculus windows with oversize voussoirs. The interior featured state-of-the-art science labs, spacious common areas, and classrooms with exterior and interior windows." 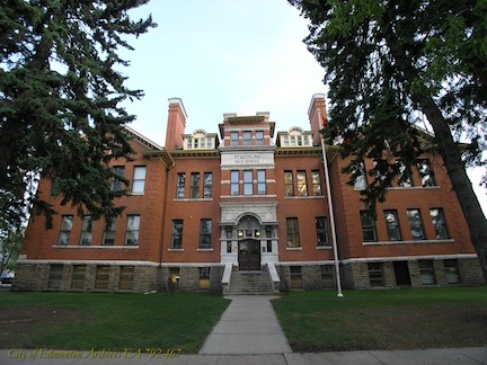 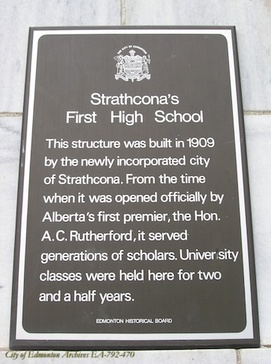 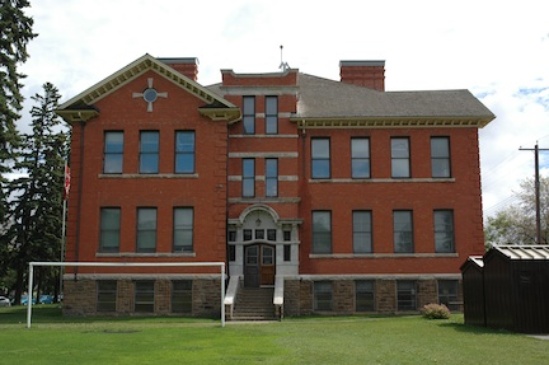 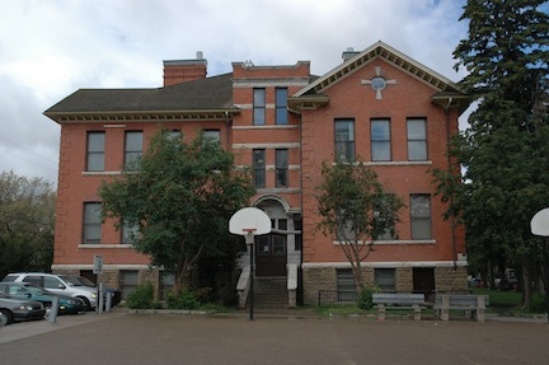 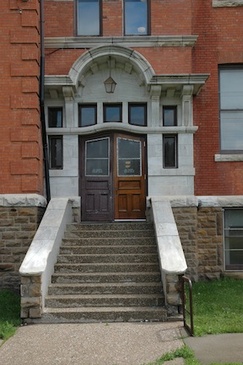