For over 60 years, St. Stephen’s (originally Alberta College), the first denominational college completed in 1910 on Methodist church property on the campus, subsidized scores of deserving students who repaid its generosity by playing rewarding roles in Canada’s development.

The Tudor style architecture of this building with such features as battlemented parapets and octagonal towers similar in design to St. James Palace in London has made it an imposing landmark on the campus of the University of Alberta. 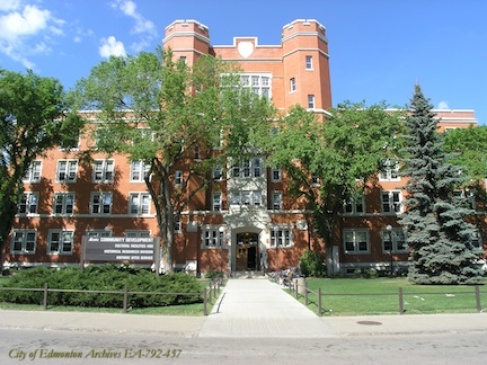 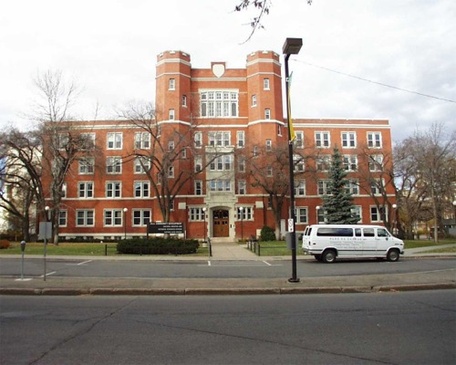 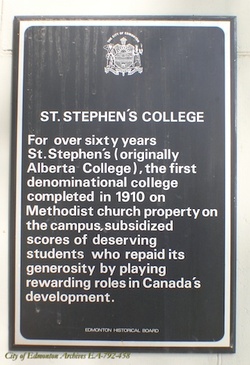