Named in honour of Frank Oliver, then-federal minister of the interior and former school board trustee, editor of the Edmonton Bulletin and Northwest Territories councilor, Oliver School opened on March 13, 1911, with an enrolment of 280 pupils.

The Edmonton Public School Board had awarded the construction to Edmonton contractor Alex Beaton for $76,300, but the plumbing and heating installations raised the final cost to over $100,000.  The building was finished in Bedford stone trim and wire-cut brick facing.  Externally the design of the building is proportional, with grouped windows, pointed arches and battlemented and buttressed entrance porches proving a handsome addition to the public buildings of the city.  New features included fireproof staircases and landings in separate wings, large segregated basement playrooms for each gender and the latest in heating and ventilating innovations.  The original ventilation system is still in use today.  Having such conveniences as electric lights, indoor toilets and a miniature rifle range in the boys’ playroom made Oliver School a very modern building for its time.

Oliver School expansions included an addition in 1929, a gymnasium in 1957 and a $3.5 million modernization completed in 2000.  In 1956, Oliver School expanded to become an elementary – junior high school and remained as such until 1979, when it reverted to an elementary school.  Today, it is the home of the Oliver Elementary Program serving 230 boys and girls, and the Nellie McClung Girls’ Junior High Program serving 180 girls. 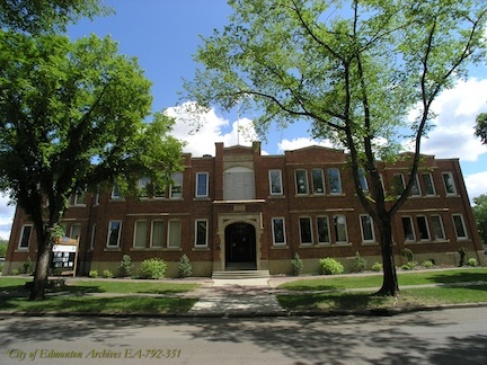 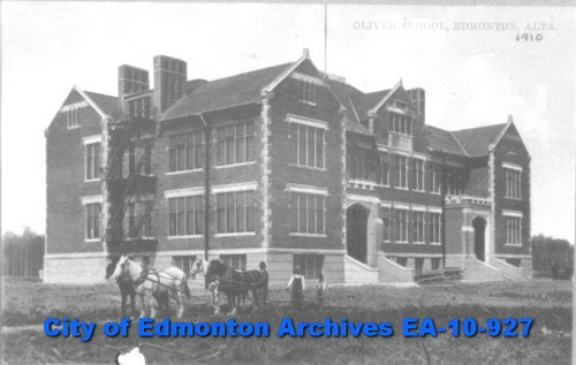 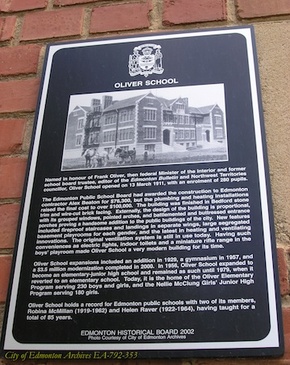