The Olson-Watt Residence, also known as the Ingebert Olson Residence, is a two-and-a-half storey wood frame residential building. Constructed around 1915, the residence is located on a large corner lot south of 112 Avenue in the Cromdale neighbourhood. Directly south of the residence is the Jane Salisbury Park and Kinnaird Ravine. To the north are Stutchbury and Borden Parks.

Designated by the City of Edmonton in 2007, the Olson-Watt Residence is significant for its foursquare style of architecture; original clapboard and cedar shake siding, and original wooden windows with criss-cross tracery.

At the time it was designated, not much was known about the home’s original owners and history. For the home’s 100th anniversary in 2015, the owner obtained all the land titles for the residence, hoping to learn more about the Olson and Watt families who were named on the plaque.  It was discovered that Ingebert Olson’s first name should be spelt Ingebrigt, and that his wife’s name was Karen. With this new information, the owner was able to use Internet searches to locate two surviving grandchildren: siblings Betty Mullen, of Edmonton, and Robert Blackburn, of Toronto.  Betty and Robert provided self-published family history and pictures of the house and family taken in the 1920s.

Ingebrigt and Karen Olson were Norwegian immigrants who came to North America soon after they were married in 1878. They farmed in South Dakota and Washington State before moving to Alberta in 1905. They purchased farmland near Riley and settled there with their four adult children: Olive, Ingemar, Ralph and Palma.  In 1912, Ingebrigt and Karen bought two lots in the Virginia Park sub-division (now part of Cromdale) on which they built this home around 1915. Their grandchildren believe they meant to retire here, but both continued working on the farm near Riley until their deaths. Instead, their daughter Olive, married to Robert Watt, raised her two children, Doris and Gordon, in this home, and later inherited it. Overall, the Olson-Watt family owned the home for 32 years. 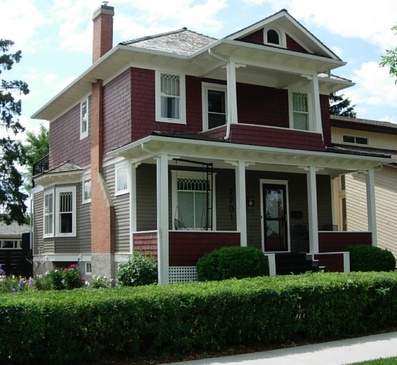 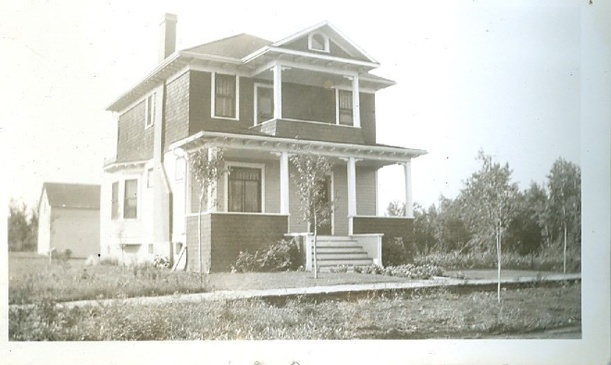 Olson-Watt Residence, circa 1920. From the collection of Ursula Watt.