The Otto Reiher Cottage has heritage value for its simple Craftsman-influenced architecture and for its association as a working man's house typically built by the miners who worked in the nearby Beverley coal mines.

Built in 1937, the Otto Reiher Cottage is valued because of its modest cottage style architecture, which is a restrained example of the Craftsman style. The design was likely taken from a builders' yard or a design book and consists of simple timber frame construction, finished in lapped siding with wide corner board edges. The architecture is an example of typical construction for the area. There are very few examples of this vintage and type of structure remaining.

This house was built in 1937 by or for Otto Reiher who worked in the Beverley Bush Coal Mine. The Town of Beverley grew out of the coal industry that was based in the area and the Newton neighbourhood was settled mainly by the working classes at the time, while the professionals and more established lived in the wealthier Highlands neighbourhood. The Otto Reiher Cottage is typical of the scale and style of residential buildings constructed for the miners and their families.

Wow, so cool to stumble across this in my searches. Otto Reiher was my Great grand father and it is so great that someone has taken the time to keep his home alive. 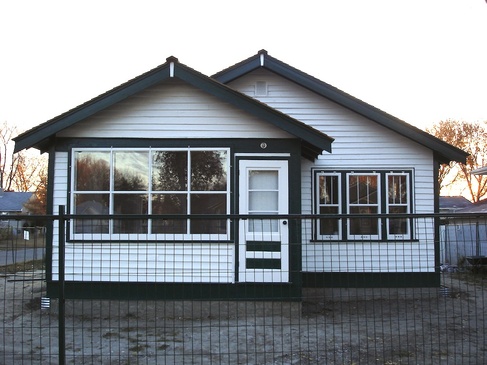