One of the first residents of this building was 'Weather Lady' Eda Owen, the Provincial Agent and Weather Observer for Alberta in charge of the first-class weather station. For most of her service from 1915, until she resigned her post in 1943, Eda was the only woman employed as an observer at a major Canadian meteorological station. Indeed, she was one of only a handful of woman meteorologists at major stations in the world at the time. She was involved in extensive studies of Aurora Borealis and was seen featured in a newsreel produced by Fox Studios. She was one of the Toronto Star's 'Women of the Year' and was well-known to bush pilots like Wop May, Wiley Post and Grant McConachie. Eda Owen was also a sister-in-law of Edmonton Mayor A.U.G. Bury. 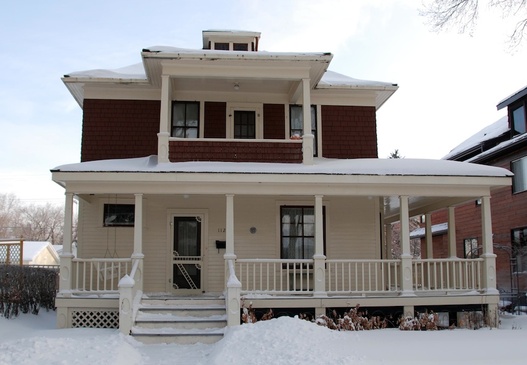 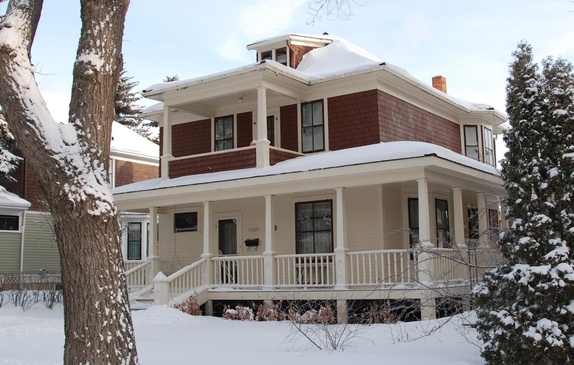 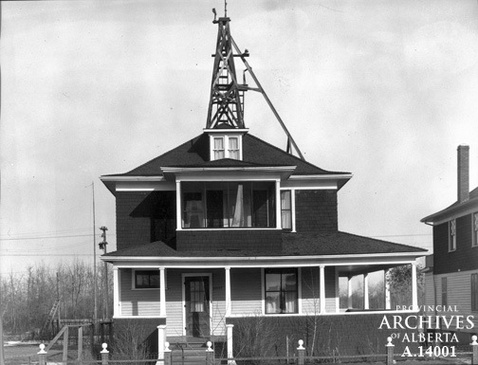