Panaderia Latina was founded in August 1993 by Jose and Alicia Sanchez.  It has and continues to be an important place for Latin Americans in Edmonton to access foods from the region and because it acts as a social community hub for Latin Americans across the city.

The Panaderia Latina, also known as the Latin Bakery, was founded in August 1993 by members of the Chilean community, Jose and Alicia Sanchez, who arrived in the mid 1970s. Before the bakery they launched a commercial product line of canned chili named Tio Sanchez, which later grew to many more products. Prior to 1993, Jose Sanchez would sell his products to Latin Americans in Red Deer and Calgary and after conversations with owners of a Chilean bakery in Calgary, Jose began bringing Chilean bread from Calgary on Saturday mornings and selling the bread to interested clients in Edmonton.  Orders began to grow so much that he finally decide to open the Panaderia Latina with his wife Alicia.

With time Jose, Alicia and their two daughters, along with other members of the community whom they employed, began offering fresh bread and a variety of other Tio Sanchez products and other products to a diverse clientele from across the city.  Jose Sanchez tells the story of how when they first started the “mom & pop bakery,” clientele would bring their children, who could barely see over the front counter.  Today those same children bring their children as their parents did 20 years earlier. 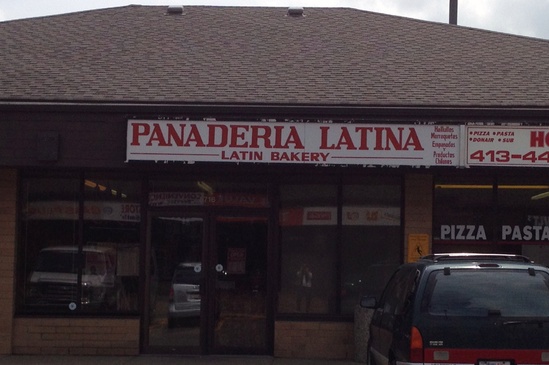