Famous Players Corporation embarked on a cross-country expansion program at the beginning of the 1950s. They intended to construct a new theatre in Edmonton as early as the summer of 1949 with land purchased on Jasper Avenue. The building permit was issued on November 2, 1950. Delays in receiving building materials (particularly steel) delayed the official opening from Christmas 1951 to July 1, 1952.

The Paramount Theatre is an excellent example of the International Style in Edmonton. The Paramount Theatre uses a bold planar surface of Tyndale stone as the main compositional element. Luxurious materials such as Italian travertine and black marble have been used to enhance the street level entrance. Large round columns express the structure. Angled walls expose these columns and along with the angled canopy, lead patrons toward the entrance. The ladders for changing letters on the signboard have been designed to be an important compositional and functional element.

Update:  In 2006, The City Centre Church moved from the Telus Centre to the Paramount Theatre building. 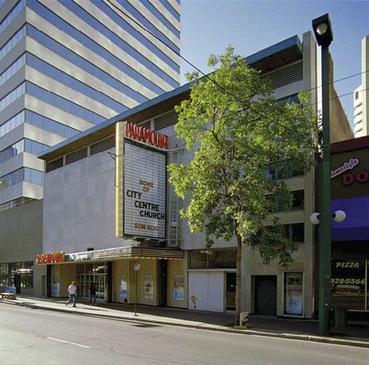 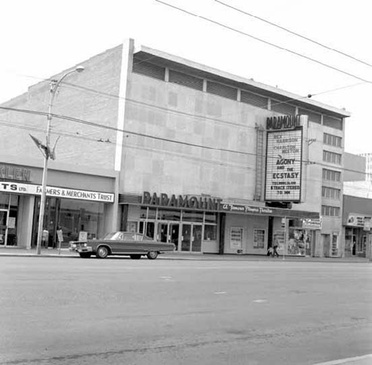