The popularity of apartment living surged in the West before the First World War. In 1911, Montreal listed 12-15 apartment houses; Toronto had nine or 10. In contrast, with about one-tenth the population of Montreal, Edmontonians built 18 apartment buildings between 1909 and 1915. A population boom, housing shortage and lack of domestic workers may have contributed to the trend.

The Parkview Apartments marked a social transformation for the district when it appeared as the first apartment building in the river flats in 1914. Edmonton had emerged as the centre for the provincial government and working class people on Ross Flats welcomed new neighbours: Edmonton’s professionals, businessmen, and businesswomen.

Designed and built by local contractors Nathaniel Purcell and Richard Foote, the 11-suite apartment block satisfied the desires of the middle class to leave elaborate Victorian structures behind. The Edwardian building offered lavish simplicity, light and air. Brick banding – or rustication – runs the length of the building on the ground floor, capped by a simple stone cornice; the doorway and some windows feature arches with a central keystone and the building is capped with a pressed metal cornice, typical of the period.

Among the accountants, secretaries and teachers who called the Park View home was the lawyer Lawrence Y. Cairns, who became an Alberta Supreme Court judge. Foote, the building’s designer, lived for a time in the adjacent house he built in 1907. He later became a city building inspector and alderman. 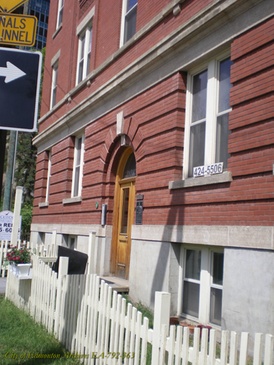 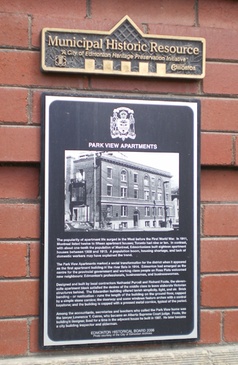