When P.B. Lawton Junior High opened, the school was touted for its modern concrete and veneer and brought Grade 9 instruction to Beverly for the first time in the community’s history.

With a science lab, gymnasium, home economics, manual training (industrial arts) and typing room, it combined areas of instruction and amenities not previously under one roof in a Beverly school. The building was designed by Patrick Campbell-Hope and Associates, the Beverly School District’s favourite architectural firm of the 1950s. The new school greatly helped alleviate overcrowding, which had reached serious levels in 1956. But as more families poured into "booming Beverly," the need continued to escalate and just three years after it opened, a nine-classroom addition, built by Walters Construction Limited, was completed. 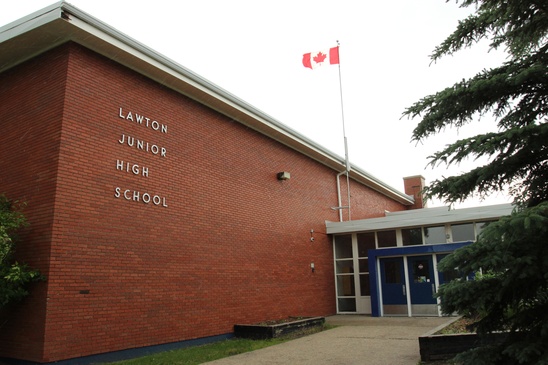