With the arrival of the railroad, Edmonton reinforced its role as the gateway to the north.  As part of this process, warehouses were built to store goods brought in by rail before being shipped off to their final destination, both regionally and to the north.  The Phillips Building was built in 1913 during the pre-First World War building boom in the now-historic warehouse district.  The first tenant was Western Cartage Co.

The Phillips Building is a representative example of commercial warehouse design.  An original feature was an arcade, which provided an access opening through the centre to the loading docks at the rear of the building.  The two centre entrances define the original arcade, which has long since been closed in.

The main façade was redesigned in the 1960s and subsequently restored in 2001.  A demolition permit was issued for the building by the city in 2000, but a new owner who converted the building into lofts in 2001-2002 saved the site from a future as a parking lot. 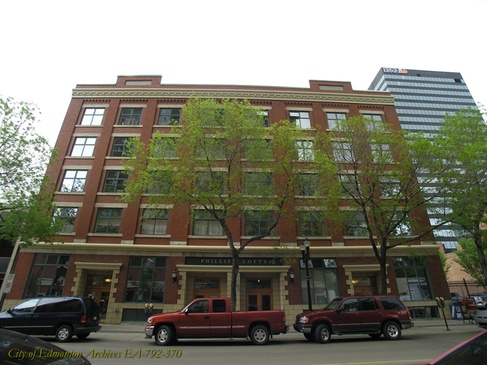 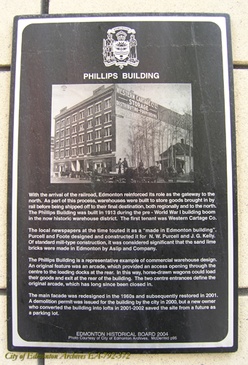