Prince Charles School was opened in 1948 and named after Charles, Prince of Wales.

In the early 1970s, parents and educators knew that Indigenous youth were not meeting their potential. Part of the responsibility lay in Alberta’s education system, which did not acknowledge Indigenous culture. This was an especially big loss for urban Aboriginal students.

A group of parents and Edmonton rights activist Jenny Shirt Margretts created the Awasis (Cree) Program. They opened to student enrolment at Prince Charles School in 1973. In 1974 the program was taken over by the Edmonton Public School Board and run with the help of the Canadian Native Friendship Centre.

Awasis, or child in Cree, acknowledges the important role that children play in Indigenous cultures. The community refused to allow their children’s education to suffer and created a space that welcomed traditional teachings.

Prince Charles School was the ideal location to begin a Cree kindergarten program because most of its students were of Aboriginal, Metis or First Nations descent.

The program began with a kindergarten class; a new class was added each year as enrollment required. Today the program goes from kindergarten to grade 6. The entire school is under the Awasis program.

Elders and teachers ensure urban Indigenous students get a bicultural, bilingual education. The Alberta curriculum guides the core lessons, but they are supplemented by Cree language and cultural teachings.

Early records for the school indicate that Margretts and parents had to fight to make sure they had stable funding. Transportation was also a problem for many years and letters passed back and forth until the province agreed to bus students.

The program looks for Indigenous teachers who can be positive role models for students. They help Awasis students cultivate pride in their culture, history, values, traditions, lifestyles and spirituality. They also encourage parents to become involved in their children’s education and become part of the school community.

The program is so popular that enrollment maxes out at 365 students every year, indicating the need for more spaces where Indigenous students can learn their traditions.

Committee on Tolerance and Understanding. Native Education in Alberta

Disinherited Generations: Our Struggle to Reclaim Treaty Rights for First Nations Women and their Descendants 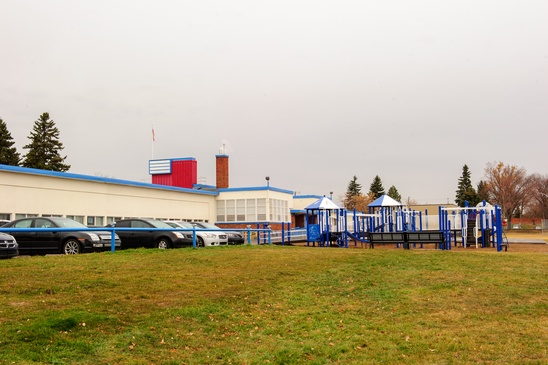 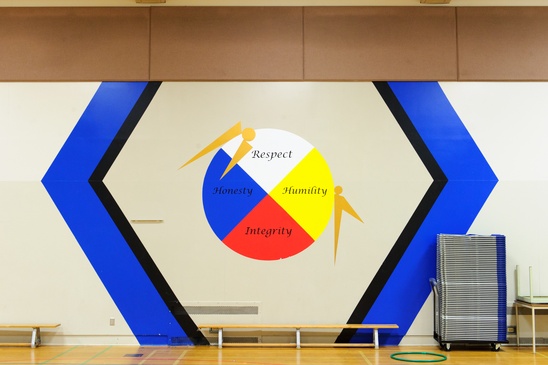 The four principles the Awasis Program is built on. Photo by Dallas Kronyk.