The heritage value of the Princess Theatre lies in its identity as one of Alberta's pre-eminent historic theatres and its stately architectural style.

The Princess Theatre was constructed in 1914 by John W. McKernan, a member of one of south Edmonton's pioneer families and a highly successful entrepreneur. The building was an audacious undertaking: costing the then princely sum of $75,000 to construct, the theatre featured a seating capacity of 660 and possessed what was purported to be the largest stage in western Canada. The theatre opened in 1915 and offered a program of "high class moving pictures varied occasionally with high class musical vaudeville or musical concerts." Those who preferred more sporting fare could enjoy the billiards parlour in the theatre's basement. Between 1915 and 1940, the Princess Theatre was the only theatre in south Edmonton. It is one of only a handful of early theatres still standing in the province.

The Princess Theatre is one of several substantial Whyte Avenue buildings erected to serve the dual purposes of accommodating commercial activity and visually projecting the social prominence of its builder. The impressive style of the theatre and the scrollwork plaque with McKernan's name above the second-storey windows connect the theatre's elegance and solidity with the person of its builder. Designed by well-known local architects Wilson and Herrald - who also designed several other Whyte Avenue buildings - the Princess Theatre features a strongly classicist sensibility in its symmetry, its marble facade, copper cornice, and parapet with twin gables. At the time of its construction, the theatre was the only marble-fronted building west of Winnipeg. The interior continues the classicist theme, with plaster figures and friezes on the ceiling and a series of romantic oil tableau depicting nymphs and ships. Undoubtedly, this aesthetic helped to shape the identity of the building as a presenter of "high-class" entertainments. With its unique materials and majestic architecture, The Princess Theatre contributes to the rich and distinctive charms of Edmonton's historic Strathcona district.

I generally accustomed to browse post in information papers but now as I am a user of Web Consequently from now I'm utilizing Internet for posts, as a result of Net. oreiep.se/map1.php minska i vikt fort

It’s tough to come across professional people Within this certain topic, but you seem like you determine what you’re discussing! Many thanks 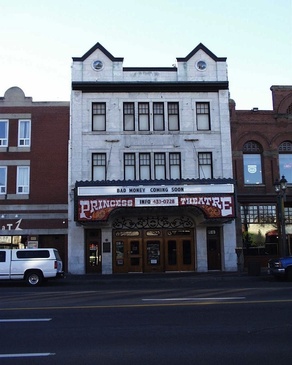