The Royal Alberta Museum opened to the public on December 6, 1967 under its original name, The Provincial Museum of Alberta. This achievement was the result of a funding partnership between the federal government’s Confederation Memorial Centennial Program and the Government of Alberta. In 1962, Raymond O. Harrison was hired and given $5M and 3 years to find a site, hire staff, build collections, construct a museum and prepare exhibits to fill 4,000 square metres of exhibition space.

The Museum building combines traditional materials with the pervading architectural language of the day — Brutalism. The building is faced in several different cuts of Tyndall stone, incorporating the native petroglyph designs of the stone which is quarried in southern Manitoba. The building is articulated as a ‘jewel box’ or a grand fortress designed to protect its valuable contents. It acts as a filtering envelope – controlling people, light and climate – in order to care for its environmentally sensitive holdings. This approach is similar to Don Bittorf and Jim Wensley’s Edmonton Art Gallery, which also manipulates the entry of natural daylight into the gallery setting. 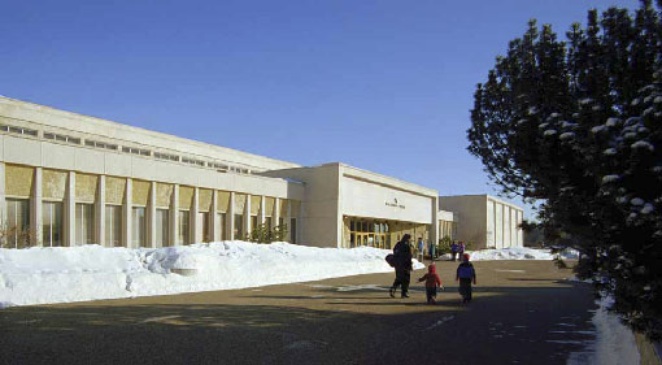 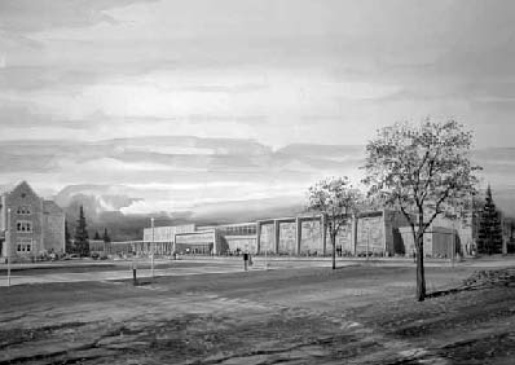