John R. McIntosh moved from Colorado to Edmonton in 1902 and held various positions such as clerk, bookkeeper, investor and real estate developer. He purchased two lots overlooking Groat Ravine in 1911. In 1912 he engaged A.M. Calderon, a local architect, to design a large residence for him to front on Villa Avenue. The structure contained some 15 rooms and approximately 2,000 sq ft. Its size and location befitted the community of land/real estate speculators that played such a large role in the physical development of the city prior to the First World War.

The designer of the McIntosh Residence, A.M. Calderon, was one of Edmonton's most prominent and prolific architects during the boom of 1908 to 1914. The McIntosh Residence is one of a series of luxurious homes that made this area one of Edmonton's most desirable residential enclaves. Calderon designed the house in an appropriately large and well-detailed manner and the result is a large, square, handsome red brick house constructed by local craftsmen of local materials. It remains as one of the larger and, architecturally, more interesting buildings in the Villa Avenue area. 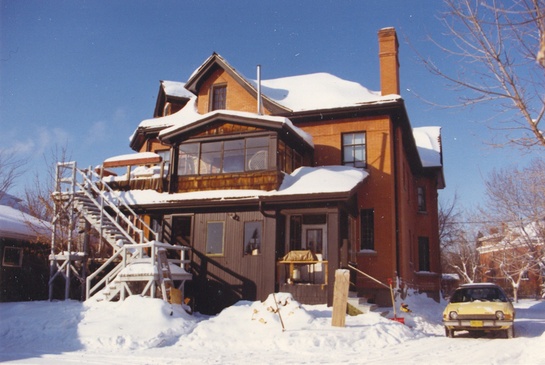 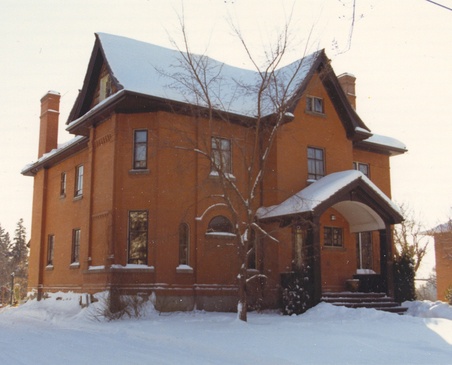 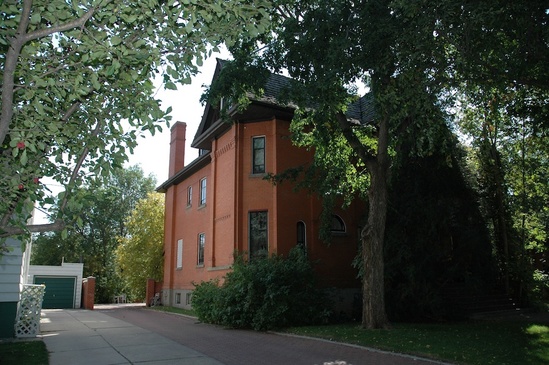