Unassuming. Simple. Old-fashioned. This home modestly stands on the corner of what was once Kinistino Avenue and Wilson Street, but it served Edmonton’s early Lutheran community as an immigration centre, employment bureau, and guesthouse.

The congregation of St. Peter’s Lutheran Church assembled in the early 1890s when German immigrants began arriving from Eastern Canada, the United States, and Europe. It wasn’t until 1911 that a school building gave permanence to the growing community. On the same lot, two years later, this parsonage became the base for the congregation’s activities until a church was built in 1928. Like other catalogue homes of the day, this house probably had no local architect, with the builders likely relying on plans published in magazines.

Unfortunately, Canada’s declaration of war against Germany in 1914 led to open prejudice against German immigrants, and a local economic recession also forced many members of the church to leave the city. An unlikely couple arrived in Edmonton that year to lead the diminishing numbers. Alfred Rehwinkel, the German speaking pastor, had just married one of the first female doctors of the American Midwest, an English Methodist named Bessie Efner. While still caring for three orphaned nieces, Bessie gave up her Wyoming medical practice, began learning German, and moved with her new husband to Edmonton.

Sensitive to local intolerance, Rehwinkel spoke on behalf of the German Canadian Association and helped organize the newspapers Unsere Kirche and Der Herold. He and his wife opened their home to anyone needing advice or interpretation regarding immigration, local laws, customs, and business details. The couple regularly opened spare rooms for visitors from outlying areas who came to town for business or health care. Immigrants seeking employers or even future spouses often made significant connections through the parsonage.

While nurturing his congregation Rehwinkel involved himself deeply in Edmonton. He received an MA from the University of Alberta and helped establish Concordia University College. He sat on the board of the Edmonton Public Library and was the director for the Edmonton Museum of Art and History. He founded Edmonton’s zoo at Borden Park as well as Edmonton’s Zoological Society. He even ran for alderman in 1927.

The Rehwinkel’s moved on in 1928, but the parsonage served subsequent generations of clergy, their families, and congregations before it was converted for other ministry purposes in the 1980s. 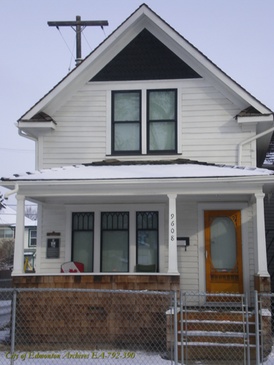 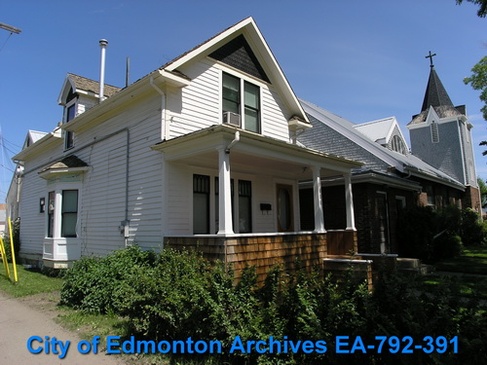 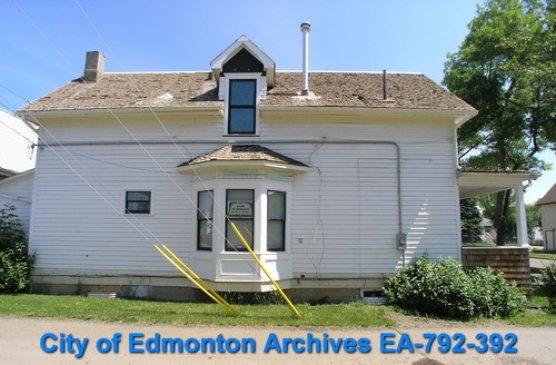