Built in 1912, the Revillon Building was for many years, with its elevators, electric hoists, lighting, pneumatic tubes and telephones, the most modern building in Edmonton. Revillon Frères, the international furriers of Paris, built it when members of the extended family came to Edmonton in 1906 to establish a warehouse for their fur-buying business. They arrived in spectacular fashion, bringing their merchandise by rail on a train hauling 24 cars, each one bearing a word or two of a sentence in huge capital letters, “THIS ENTIRE …TRAIN FOR… REVILLON… BROS.LTD … EDMONTON…” with “REVILLON BROS” banners on the last 18 cars. Their department store carried all manner of hardware from flooring to dishes, with a specialization in outfits for hunters, trappers, and prospectors. They also sold wholesale goods to small merchants across the province. This French company originated in 1723, but it was during the late 19th century that the company innovated by marketing ready-made fur coats to department stores, a move that was highly successful. By 1901, Revillon Frères decided to go after raw furs themselves rather than pass through middlemen and for this they established headquarters and stores in New York and Chicago, and decided to purchase furs in the Canadian North. They established trading posts across Canada. It was a very exciting time when the pelt of a silver fox could bring $300 for a trapper, a lot of money at the time.

Young Jean Revillon was dispatched to Edmonton to establish the business and his presence along with some of his associates certainly brought excitement to staid Edmonton with articles in the local papers about Parisian lifestyle and culture. A local family who rented a house to the young men was quite upset upon their departure, especially about the disastrous state of their house with empty Champagne bottles lying about and the piano practically ruined. In spite of the high times of the “party boys,” the business was very serious indeed and Revillon Frères gave the Hudson’s Bay Company some steep competition, besieged as it was on all sides by competitors such as Hislop and Nagle and the Edmonton based, J. L. Lessard. In 1912, Revillon Frères built the six-floor building, which is still standing today, for their headquarters, next to their earlier two-story annex of 1908.  The Great War and the ensuing depressions that followed put an end to Revillon Frères’ Canadian enterprise, and by 1926 the HBC controlled the majority of shares, and owned it outright by 1936. The company still exists and is one of the largest privately owned companies in France.

Made from Tregillus bricks, Calgary.

I came across this photograph. I believe I have a glass negative as well. I was trying to determine where it was taken. It looks like the building on the skyline, on the right has the name REVILLON on it. I googled it and Edmonton came up. Would this photograph be of early Edmonton? My Email is: Joni.Chappell@yahoo.com 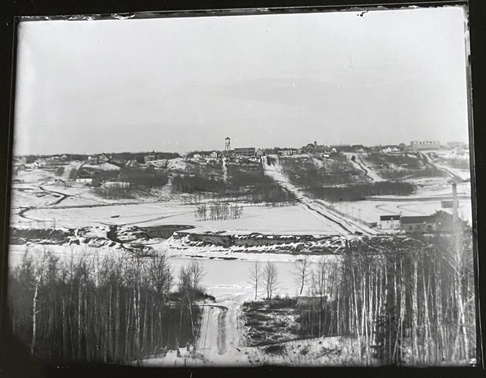 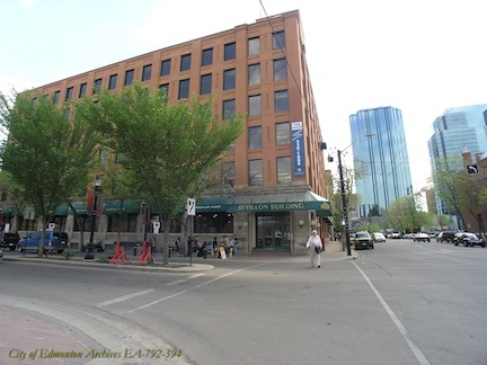 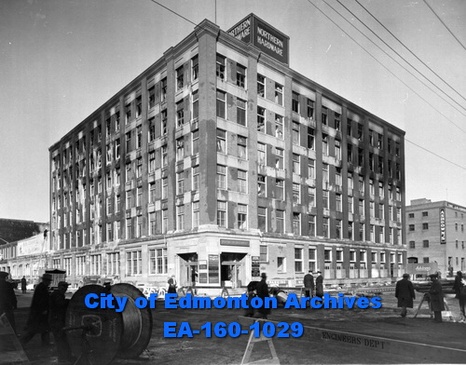 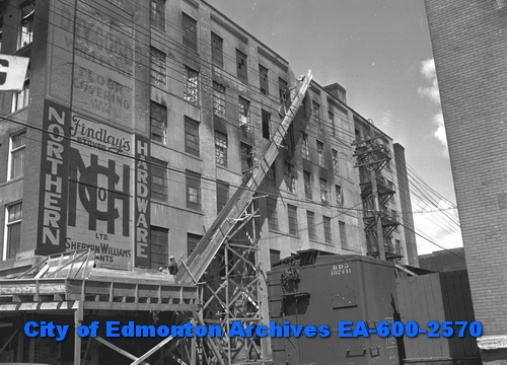 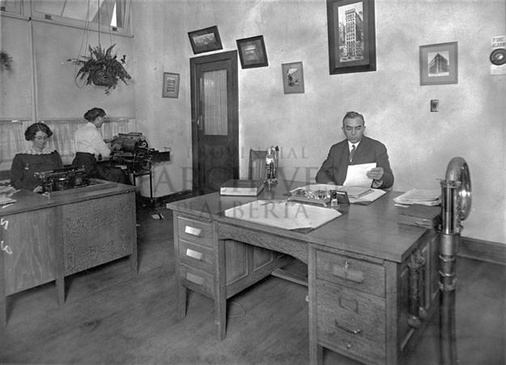 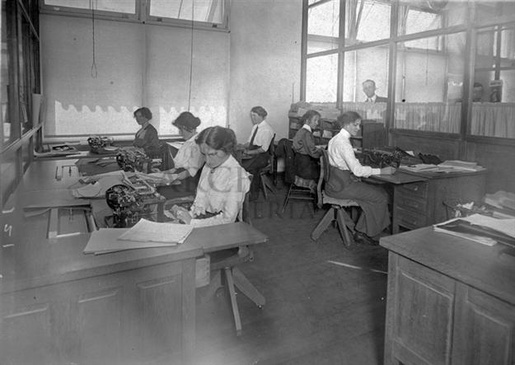 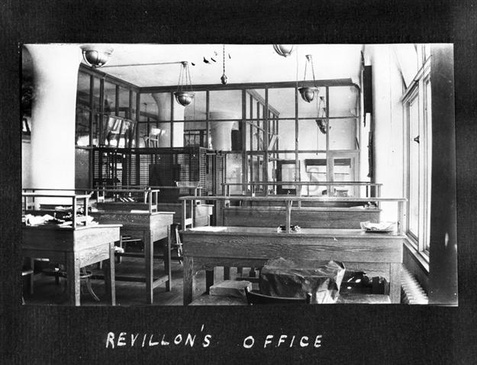 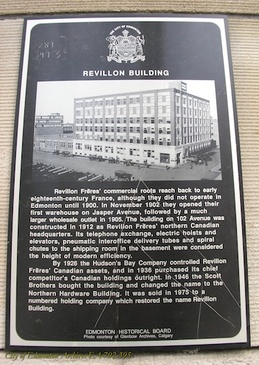