If you walk to the top of the kame* in the Riverbend area, just off Riverbend Road and Rabbit Hill Road, the view is spectacular and you can see other kames near by. If you look south, there is another high hill approximately one kilometre away. Prehistoric people used these high places to watch the surrounding countryside for game. The kame upper sediments do not contain many rocks and thus, unlike the river valley edges, people did not visit them to gather raw materials for making stone tools.

The Riverbend kame also contained a very large archaeological site – the Prosser Site, reported to the Alberta Government by amateur archaeologist, Ted Prosser. From limited excavations, archaeologists recovered approximately 1700 prehistoric artifacts deposited in approximately 40 centimetres of soil. Here Native people resharpened their stone tools which were made from quartzite, chert, petrified wood and mudstone. Unlike the deposits in the river valley, there were no clear layers or stratigraphy at the Prosser site. Artifacts made and used by people thousands of years apart were often mixed together, because there was less soil deposition, the site had been plowed and there were numerous rodent burrows. Compare the stratigraphic profile of the Prosser site to the one exposed near the LRT bridge in the North Saskatchewan River valley.

Despite the poor stratigraphic separation of artifacts from different time periods, the archaeological evidence from the Prosser site is still very valuable. We can conclude from the evidence that Native people camped intermittently on the hill for nearly 5000 years.

Native people camped elsewhere in Riverbend, near these hills. There are many other archaeological sites in the surrounding area. While the Prosser site is large and was used for over a long span of prehistory, the surrounding smaller sites were used less often for different purposes. Some archaeologists think that Prosser was a lookout point and temporary camp used by hunters to watch the movements of animals in the valley. This is based on two major points: 1) Prosser’s unique geographic location; and, 2) the types of tools and flakes found at the site. The site is located at the beginning of a narrow funnel into Riverbend where, because of geographical constraints, herd animals such as bison were more concentrated ad, thus, more easily hunted. There was a greater abundance of tool finishing and sharpening flakes and broken projectile points at the Prosser site than at other sites such as the Strathcona archaeological site. 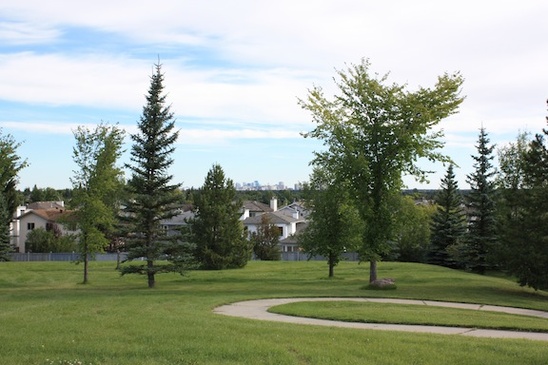 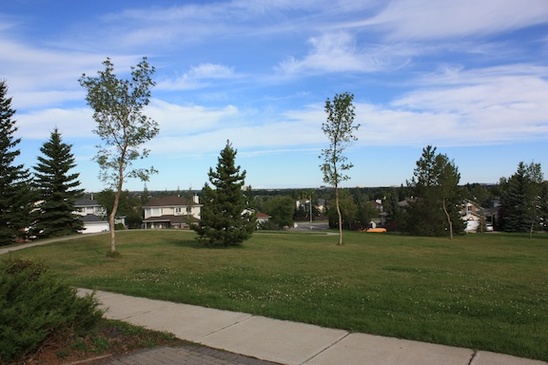 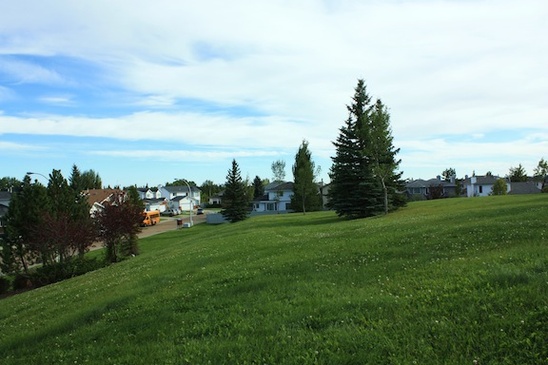 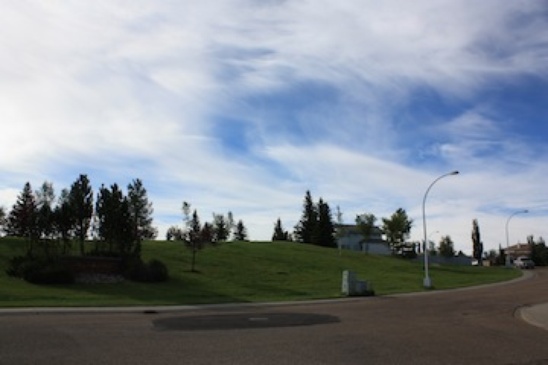