Officially opened on April 1, 1912, this building was originally a Children’s Shelter. Until April 30, 1925, thousands of orphaned or abandoned children found a caring home here. In 1925 a new Children’s Shelter was constructed and this building was leased to the Salvation Army, who converted it into Grace Hospital, a maternity home. During the war years it became known as the Little America Transit Hotel because it housed Americans who were working on the Alaska Highway. When these workers left in 1944, it was converted into the Ross Flats Apartments. Few buildings in Edmonton have been home to such a variety of people. The property is owned by the City of Edmonton Real Estate and Housing Department.

A recent photo of the Ross Flats Apartments 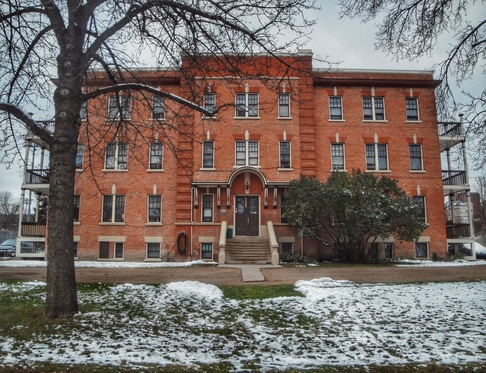 My mother & her brother & my grandmother lived here in the 20’s. My grandfather abandoned my grandmother with two very young children with nowhere to go or live & no money. Regardless of what historical info on record this was a fact.

The apartment on Rossdale Flats was always an apartment. Your article has the description of the EX SERVICEMEN S HOME which was situated at 103 st and 100 ave. The HOME was an orphanage first then a hospital then in my time was a boarding facility for EXSERVICEMENS children who went to McKay Ave. SCHOOL where I went.

Below my name on previous comment marked not appropriate. That shud tag historical article which is incorrect My information is correct. I went to McKay Avenue School from grade 3 to grade 9 ie 1953 to June 1960 and was in school with kids from the HOME.

My late friend prospector Peter John Wocyk (later adopted as Huber) was probably there with his sister Dora Annie in the 1921 census.

Beautiful and well kept building. Was there much damage from the flood of 1915?

Kathleen Cook is right. I also attended the McKay Avenue school in the 60s and kids from that orphanage were in my class. There was a long wooden staircase from 103rd St up the hill to the school and partway up, to the right, it was joined by one that lead to the orphanage. There were native kids there who must've been part of the 60s scoop. Looks like it has been torn down and replaced by a hideous concrete building. The stairs are no longer there either. The whole neighbourhood is gone. All the houses on 103rd Street have been replaced by concrete apt towers. I recognize where I lived by the trees. The malt shop Uptown is gone too, what a shame. 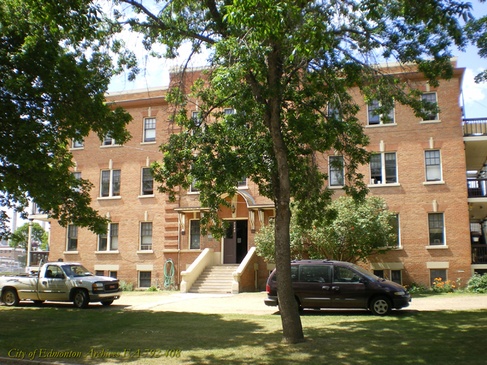 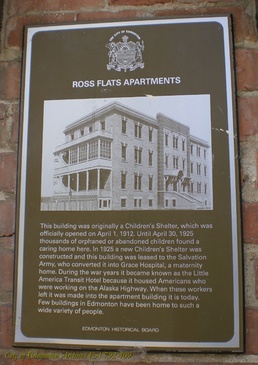 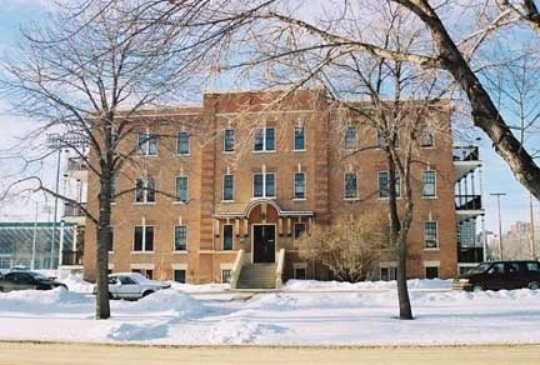