Rossdale Flats is considered historically significant due to it's archaeological richness.

The flats represent some of the earliest beginnings of settlement in Edmonton, and were closely connected to the early fur trade. It was common for Aboriginal and Métis peoples to camp on the river flats when trading at the fort. Louis Riel’s grandfather, Jean Pierre Lagimodiere, while employed by the Hudson’s Bay company, settled somewhere on the river flats. While serving first as the site of the early fur trade posts, the Hudson’s Bay race track, the cemetery, and camping area, Rossdale eventually contained many residential and commercial enterprises by the 1880s.

The layout of Rossdale, as in other communities in North America, became more standardized as the purpose for land acquisition shifted from individual use to investment and speculation. The first legal survey map, compiled in 1885, divided much of the City into regularly laid out blocks, including the Rossdale flats. During the fur trade period, prior to extensive settlement, Rossdale and much of the area surrounding Fort Edmonton contained an irregular array of pathways and trails connecting to other forts and to the fort’s hinterlands.

Equally visible in Rossdale is the layout of blocks and private properties relative to the river, maintaining some of the characteristics of an older river lot system that was very important in other Métis and French Canadian river communities in Canada.  Each piece of land near the river was oriented roughly perpendicular to the river, ensuring that the owner had river frontage. River travel, prior to the arrival of the Canadian Pacific Railway line in Strathcona in 1888, was the major form of transportation in the Canadian West. The close proximity of lots in Rossdale to the edge of the river provided some residents and businessmen with access to this important transportation link. As the river became less important, these river lots also were valued less, and eventually eliminated in the new city plan.

In 1872, the area's namesake, Donald Ross, arrived in Edmonton from Scotland.  Claiming River Lot 4 as his land and setting about its development, he promptly built the Edmonton Hotel and the estate became known as Rossdale. At the beginning of the 20th century, Ross sold 55 acres of the Rossdale Estate to the Edmonton Agriculture Society (EAS) at a cost of $7,000 CDN paid in nine installments. When the City of Edmonton expressed a desire to build power facilities on his land, an incentive was offered. A deal entitling Ross to part of the company prompted him to sell the land to the Edmonton Electric Light and Power Company.

Hello, I don't see any mention of Papastayo (Passpasschase) and his people. Its written here that Donald Ross claimed River Lot 4 but there's no context of how any river lots became available.... through the coercion and removal of Papastayo and his people. This important to the Rossdale Flats story and history of Edmonton. It should be included for accuracy and as part of our commitment to reconciliation with indigenous peoples. Please contact Dwayne Donald (assistant professor, Faculty of Education) and the 'Passpasschase (Pahpahstayo) Descendants First Nation IR#136' for more information.

Alternatively, nomadic hunter-gatherers did not have their own land in any real sense. This applies across the board for all Northern Plains people. I could make a very strong case that many tribes were extremely warlike and xenophobic, both towards other tribes and those we would now call "immigrants," treating all outsiders with hatred and even extreme cruelty, as has been well documented. Perhaps it's time we reconsider reconciliation in this light and let the past be the past, and look toward the future with less emphasis on race and otherness. Frankly, I think any hope for a decent future depends on it.

Actually Michael, all Indigenous nations had well established territory boundaries and their own land. Those territory shifts didn’t occur until colonialism pushed nations into territories that were not their own and exasperated tensions and old rivalries. Yes, they were hostile to each other when those territory boundaries were crossed, just like any other country in Europe, Asia and Africa. To think that we just wandered without course or destination is a colonial mentality that helped settlers feel fine about moving into already occupied lands. 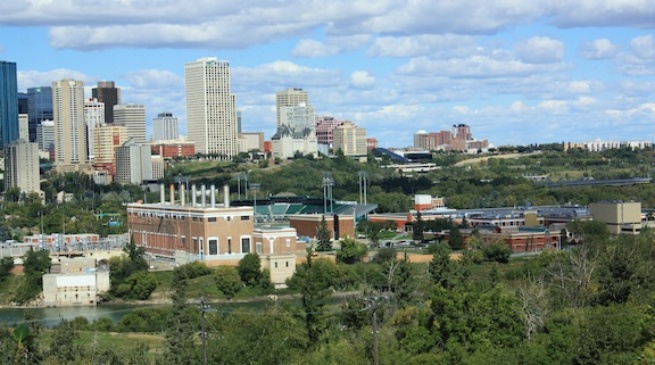