The Rossdale Power Plant is a power generation plant constructed during the middle part of the twentieth century and located on the north bank of the North Saskatchewan River. The designation applies to three separate but interrelated structures: the Low Pressure Plant including the Turbine House and Boiler House, Pumphouse No. 1, and the Administration Building, occupying 16.97 hectares of land in Edmonton's river valley.

The Low Pressure Plant, Pumphouse No. 1 and the Administration Building constructed between 1931 and 1954 represent the history of electrical power generation in Edmonton and Alberta. The site is associated with Maxwell Dewar, a prominent Alberta architect responsible for designing part of the plant, and who later served as Edmonton's City Architect. As a municipally-run electrical utility, the plant illustrates government involvement in industrial enterprise. These elements of the Rossdale Power Plant are also very good examples of architectural design, style and construction methods characteristic of the late 1920s and 1930s. It is the only power plant from this period of this scale remaining in Alberta.

Electricity has been generated continuously on the site since 1902, when the first electrical generating station in Edmonton was relocated here. Its functional design was influenced by contemporary industrial and factory architecture in the United States. The plant is one of the oldest surviving examples of mid-twentieth century industrial design in Alberta; no other steel and brick buildings of this size and period remain in Edmonton. The Low Pressure Plant is also notable in that its expansion - with six additions over a twenty-two year period, as the site evolved to incorporate technological advances - maintained Dewar's original style.

The plant continued to generate electricity until 1989 and, with its series of seven large smoke stacks, remains a conspicuous and familiar landmark in Edmonton. 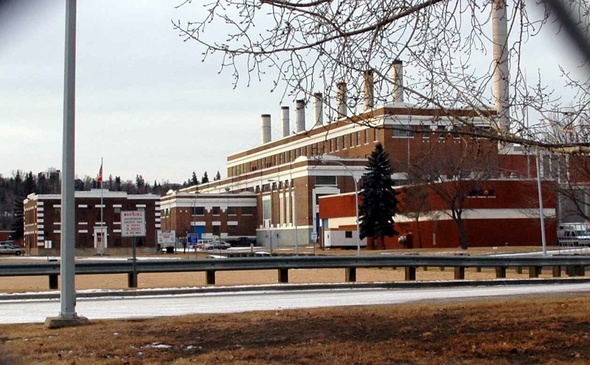