Many Ukrainians fought for Canada during the First World War, despite the stigma of enemy-alien status, and thousands more served beside fellow Canadians during the Second World War. In 1946 Ukrainian-Canadian veterans founded Norwood Branch #178 of the Royal Canadian Legion. The cenotaph on the grounds is dedicated to all the Ukrainian pioneers of Alberta.

When war broke out in 1914, Ukrainians were relative newcomers to Canada. Unnaturalized immigrants from territories controlled by Austria-Hungary, Britain’s adversary in the conflict, became enemy-aliens subject to a variety of restrictions including registration and internment, while naturalized immigrants widely lost the right to vote. Nonetheless approximately 10,000 Ukrainians volunteered for the Canadian Expeditionary Force. In Alberta many joined the 218th Battalion recruited out of Edmonton. The situation in 1939 was quite different and Ukrainian Canadians fought beside their compatriots on all fronts. After the war, veterans formed Ukrainian branches of the Royal Canadian Legion in Montreal, Toronto, Winnipeg and Edmonton (Norwood #178 in 1946). Norwood Legion acquired its first premises, the former Beulah Tabernacle on 98 Street, in 1956; the following year Mayor William Hawrelak turned the sod for the present building. The branch’s Ukrainian identity is best found in the long, low cenotaph, unveiled in 2000, which abuts the southern edge of the property and is dedicated to “all of our Ukrainian pioneers who with courage and perseverance helped to build Alberta into a great society.” It also pays tribute to those serving their country, specifically in the First and the Second World Wars and peacekeeping. The mural Devotion, painted in 2009 by Kris Friesen on the outer auditorium wall, acknowledges the city’s contemporary military community. Successive panels depict a male soldier in camouflage bidding goodbye to his family with the sidewalk separating his home from the desert, and him in Afghanistan reaching out to a mother and her child. For several years now, Norwood Legion has welcomed serving men and women regardless of ethnic origin, although Ukrainian reminders persist. They range from Ukrainian food on the menu to the Ukrainian flag flanking the flags of Alberta and City of Edmonton in the poppy-strewn memorial in the foyer.

Searching for map but on your website not clear...

17 September 2019 Please see attached a request for a grant in support of the Heroes of Their Day project. Thank you for considering this application. Honouring our veterans is something we care about. Regards, Dr Lubomyr Luciuk 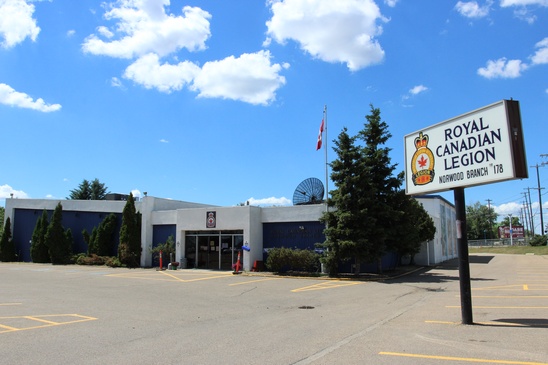 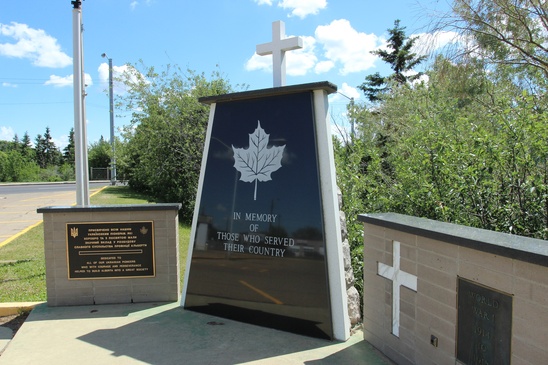