The Royal Glenora Sports Facility presently dominates the flats below Ezio Faraone Park. Beneath this complex are the remains of a lumber and a grist mill and an early brewery. The lumber and grist mills were operated by the Hudson’s Bay Company between 1830 and 1885 when they were destroyed by fire. Sometime after the fire, a brewery was established on the same location. The name of the owner is uncertain, but some believe John Walter was a major investor. The brewery buildings were abandoned shortly after the turn of the century, but for fifty years remained standing and were used by the market gardeners who farmed the river flats. 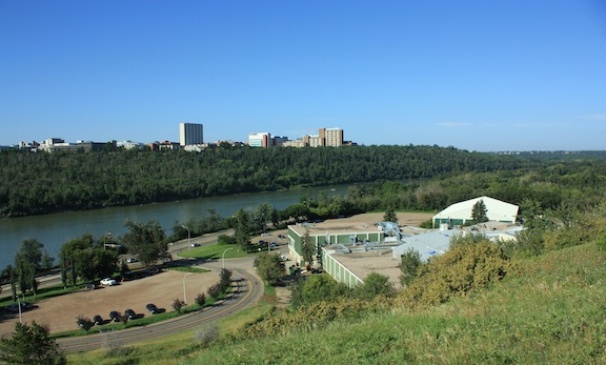 Royal Glenora site. View from the top of stairs at Ezio Faraone Park.